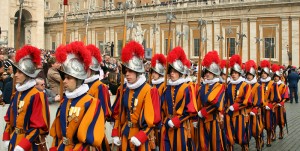 Who will disarm the papists?