The feeling that a U.S./Israeli strike on Iran is inescapably imminent has waxed and waned over the last few months. As soon as the feeling of impending war begins to dissipate, hawks in Washington and Tel Aviv step up the warnings of preemptive strike. They will privately admit that actually bombing Iran isn’t necessary at the moment, but that issuing threats of such an attack is vital to instilling fear in the Iranians. 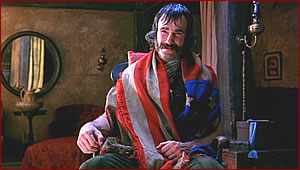 Just to take one example, Israeli officials have complained on a number of occasions that U.S. officials speaking publicly about their reluctance to start a war with Iran “served Iran’s interests.” Incisive realists have recognized their reasoning as follows: If we don’t frighten Iran with the threat of war, they’ll behave however they want!

This reasoning seems to be true for economic warfare too. The Senate is preparing to consider yet another package of harsh economic sanctions on Iran as punishment for the nuclear weapons program they don’t have. Despite the intelligence consensus that Iran has no weapons program and has not even made the decision to start one, crippling sanctions and the threat of aggressive war is essential to terrify the Iranians into compliance. This is even more revealing: Iran has not committed the transgression supposedly justifying this aggressive approach, so paralyzing them with fear of attack has little to do with having a nuclear program and much to do with refusing to be subservient to Washington.

“If the United States doesn’t broadcast determination all along the road, both in sanctions and in the threat of military action, Tehran is liable to mistakenly understand from this that 2012 is a lost year for the international community, so its nuclear program can advance as usual,” a senior Israeli official told Ha’aretz.

“At the moment,” the official continued, “largely because of the administration’s contradictory messages, the Iranians assume that nothing military will happen before the U.S. presidential elections in November.” Fear of all out war is the most valuable diplomatic tool when dealing with Iran, the thinking goes.

This is, of course, a prerogative of the United States and Israel only. If any other state ran their foreign policy on the basis of fear, on repeatedly issuing serious and illegal threats of unprovoked attack, they would surely face international sanctions and perhaps even worse. It seems a form of terrorism.

It should be noted that, even though officials in Washington and Tel Aviv readily admit the purely rhetorical use of warmongering in instilling fear into our enemies, this does not mean an actual attack is out of the question. In fact, an attack would serve the same purposes. The Iranian nuclear program (which is purely civilian in nature) is far too redundant across the country and in some cases protected underground for a bombing campaign to completely wipe it out. And not even the most rabid warmongers are explicitly arguing for a ground invasion, regime change, and extended occupation of Iran. So it seems the only purpose of an actual military strike would be to cause fear, to signal we mean business.

This, of course, instead of the perfectly peaceful diplomatic solutions to the conflict.

22 thoughts on “The Spectacle of Fearsome Acts”