We all know about the extrajudicial assassination of American citizen Anwar al-Awlaki in Yemen. It was murder without due process, guaranteed him by the Fifth Amendment. Less people know about the same fate befalling his 16-year old son (I reported on it here, but details have since been clarified and expanded upon):

In the days before a CIA drone strike killed al-Qaeda operative Anwar al-Awlaki last month, his 16-year-old son ran away from the family home in Yemen’s capital of Sanaa to try to find him, relatives say. When he, too, was killed in a U.S. airstrike Friday, the Awlaki family decided to speak out for the first time since the attacks.

“To kill a teenager is just unbelievable, really, and they claim that he is an al-Qaeda militant. It’s nonsense,” said Nasser al-Awlaki, a former Yemeni agriculture minister who was Anwar al-Awlaki’s father and the boy’s grandfather, speaking in a phone interview from Sanaa on Monday. “They want to justify his killing, that’s all.”

The teenager, Abdulrahman al-Awlaki, a U.S. citizen who was born in Denver in 1995, and his 17-year-old Yemeni cousin were killed in a U.S. military strike that left nine people dead in southeastern Yemen. 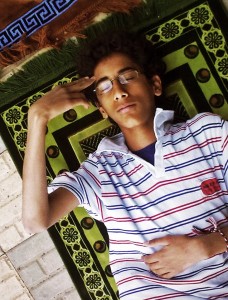 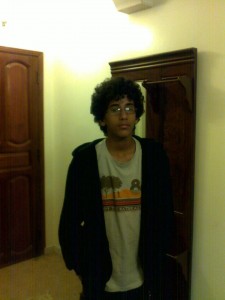 The boy was killed by a US drone strike while he was out to dinner with his 17-year old cousin. Nine others died.