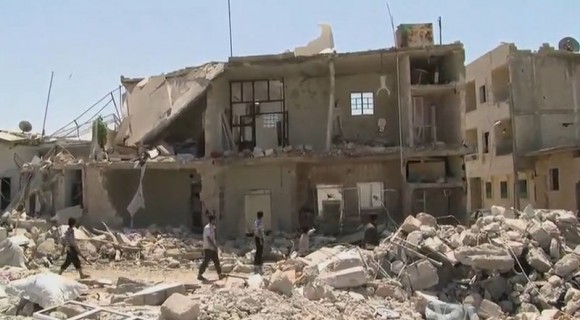 The Atlantic‘s Conor Friedersdorf has written a good post on an unfortunately seldom-made argument against so-called “humanitarian intervention” – namely that there are huge opportunity costs.

“Almost every time someone calls for a war to be entered on humanitarian grounds, there’s a way to save more lives more cheaply and reliably with philanthropic spending,” he explains.

“And even if it’s true that doing nothing [in Syria] will result in sure death for many, the same is true if we do nothing about disease or sanitation or infrastructure or working conditions in much of the developing world,” he adds. “That isn’t an argument for doing nothing. It’s an argument for directing whatever we decide is the right amount to spend on humanitarian causes in a way that maximizes the utility of every dollar.”

For example, the most vocal advocates of U.S. military intervention in Syria have said all along that taking out the Assad regime would be a major geo-political blow for Iran in the same breath as “we have to stop the killing.” While the death count in Syria is horrifying, there are other conflicts currently plaguing the Earth that are far bloodier, like in the Congo, that garner no arguments for U.S. intervention. You see, for a humanitarian crisis to be worthy of an American military response, the location has to be strategically vital.

In case you haven’t got the point yet: the interests of the state are paramount, while appeals to save lives merely help legitimize the case for war.

This could hardly have been clearer back when the Clinton administration bombed Serbia under the pretext of stopping a humanitarian crisis in Kosovo. Up until that point, the number of Kosovar Albanians that had been killed probably didn’t surpass 2,000. Compare that with the tens of thousands of Kurdish separatists in Turkey who were being slaughtered as Washington sent unprecedented amounts of money and weapons to Ankara. The same goes for Indonesia, as it was carrying out much larger atrocities against the people of East Timor.

Another giveaway is that one of the requirements for “humanitarian intervention” is that it is something only the United States may do. So, as the United States was rampaging into Iraq in a war based entirely on false pretenses, it was a criminal act for Iran to lend support to Iraqi insurgents trying to oust the occupier which had literally just caused a humanitarian crisis by invading. Meanwhile, the U.S. can aid and abet the Syrian rebels and claim it is legitimate because they aim to mitigate the humanitarian crisis (the policy has prolonged the suffering, by the way).

The U.S. would have considered it a brazen criminal act for Russia to have intervened in Vietnam to help save some of the 3 million people our senseless war there killed. And it would be an outrage to any politician in Washington for China to take the lead in a humanitarian intervention against the Assad regime. That would be aggression, I’m sure the Obama administration would say. But again, that’s because geo-politics are what counts, not saving lives.

Conor’s point just adds to these arguments. If saving lives was really what John McCain cared about, he wouldn’t be advocating military action in Syria, he’d be raising money with Bill Gates for mosquito nets and vaccines.

To take an even narrower line of argument, consider the financial costs alone. Humanitarian aims were incorporated into the assortment of pretexts for both the Iraq and Afghanistan wars. Together, the total cost of these wars may reach $6 trillion. Think of how many lives could have been saved, how much human suffering mitigated, if $6 trillion was allocated to philanthropic pursuits over these 10 years rather than to these wars of choice. What if it were distributed to various areas of research and development in health care or technology? What might we have had?

At the very least, simply allowing Americans to keep all that money (or, more precisely, to not have saddled them with the debt to pay in the future) would have saved the lives of several hundred thousand Iraqis and Afghans who were killed in the wars and saved several million displaced people whose lives wouldn’t have been made intolerable but for U.S. foreign policy.

It is absurd to continue to apply some moral justification to the warfare state. It is always and everywhere immoral, and in virtually every case America’s warmongers kill more people than they ever dreamed to save.

83 thoughts on “The ‘Humanitarian’ Pretext: Why Applying Moral Purpose to the Warfare State is Absurd”