China stepped up its diplomacy with the US to dampen Taiwan’s elation after Secretary of State Anthony Blinken announced the possibility of resuming trade talks with the island that Beijing considers a rebel province. During a House of Representatives Foreign Affairs Committee hearing on the US State Department’s annual budget, Blinken was asked about the administration’s position on a bilateral trade agreement with Taiwan.

"I’d have to refer you to Katherine Tai, the US trade representative, but I know we are engaged in conversations with Taiwan, or soon will be, on some kind of framework agreement, and those conversations should be starting," Blinken said.

Taiwan’s Ministry of Economic Affairs said that it is "enthusiastic and expectant" following Blinken’s statement. However, Chinese Foreign Ministry spokesman Zhao Lijian said on Tuesday that China has always opposed signing any agreement with "the Taiwan area, as it would affect the nature of its sovereignty." The Chinese official called for a cautious approach to the Taiwan issue and stressed countries from sending false signals in favor of Taiwan’s independence.

END_OF_DOCUMENT_TOKEN_TO_BE_REPLACED

With the participation of the U.S., Canada, Great Britain, the Netherlands, Romania, Bulgaria, Greece, Turkey, Latvia and other partner countries of NATO, Ukraine’s Defense Ministry and the US’ European Command will hold massive joint drills from June 28 to July 10. These exercises are so huge in fact that it involves about 4,000 military personnel, 40 combat ships, vessels and auxiliary craft, 30 aircraft and over 100 armored vehicles.

Although the joint Ukraine-NATO military training, dubbed Sea Breeze 2021, is undoubtedly aimed at improving the inter-operability between participants in a hypothetical war against Russia, the most alarming fact is that the Ukrainian military and the Far-Right militias will be supplied with advanced weapons and munitions over the course of the exercises – this was supposed to be hidden from Russia.

The Sea Breeze 2021 exercise comes as Russia condemns NATO activities which have become frequent in recent years near its western border. NATO, for its part, says it wants to contain so-called Russian aggression by sending reconnaissance ships, planes and drones to the Black Sea region.

END_OF_DOCUMENT_TOKEN_TO_BE_REPLACED

After Japanese Defense Minister Nobuo Kishi met with his Indonesian counterpart Prabowo Subianto earlier this week, he stated that their two countries agreed to expand defense cooperation and conduct joint military exercises in the South China Sea. The Indonesian Minister of Defense and Minister of Foreign Affairs visited Tokyo for bilateral talks with their Japanese counterparts. The meeting was part of Indonesia’s efforts to delicately balance its relations with all Indo-Pacific players, including China, the U.S. and Japan, in light of regional issues such as the demarcation of the South China Sea and the political crisis in Myanmar.

In October last year, Japan and Indonesia – both archipelago countries – held a naval exercise in Indonesia’s Exclusive Economic Zone off Natuna to the west of Borneo island. Beijing and Jakarta are at odds over Indonesia’s Exclusive Economic Zone demarcation line in the South China Sea, so observers believe that holding a joint military exercise there could be a provocation against China. Japan emphasizes that it is developing military relations with its partners in Southeast Asia in response to China’s increasingly assertive policy in the South China Sea.

Japan, the US, Australia and India are part of the Quadrilateral Security Dialogue (QUAD), one of the main regional mechanisms to halt Chinese dominance in the Indo-Pacific region. It is likely that Japan is attempting to draw Indonesia into QUAD so it can be part of an alliance aimed against China.

END_OF_DOCUMENT_TOKEN_TO_BE_REPLACED

A document released by the British Ministry of Defence, titled "Defence in a competitive age", identifies Moscow as its main threat and states that London intends to increase its presence around Russia – specifically in the Black Sea, the Arctic, the Baltic Sea and the Western Balkans. The United Kingdom also plans to invest significant funds into new military equipment so that soldiers can adapt to "the new threat." The document acknowledges Britain’s awareness of multipolarity, but also its intentions to still challenge Russia while opening a path of cooperation with China.

The British Strategy for the Western Balkans is mentioned more than any other region in the document, suggesting they want more influence there. However, it is inconceivable that they will be able to bolster their forces in the region. Instead, it is more likely that Britain could be more involved in so-called cyber war. The document has a large part dedicated to cyberspace, and states "Cyberspace espionage can and will be used as part of wider influence and propaganda campaigns, as well as in support of wider hostile activity up to and including conventional warfare."

END_OF_DOCUMENT_TOKEN_TO_BE_REPLACED

On this exact day ten years ago, NATO, the Gulf Cooperation Council, Turkey and Israel began a coordinated campaign of regime change against President Bashar al-Assad and the destruction of Syria. This has led to the death of over 500,000 people, millions of refugees, destroyed infrastructure and an economy in crisis. Despite numerous political maneuvers, this alliance against Syria catastrophically failed and could not achieve regime change. Not only did Assad survive the onslaught, but the geopolitical situation dramatically changed as a result.

Each aggressor had its own ambitions in Syria but was united in the goal to achieve regime change. Thanks to the contributions made by Russia, Iran and Hezbollah, the Syrian government survived the coordinated aggression. Whilst NATO and Turkey continue to insist on regime change, Arab states, most prominently Saudi Arabia and the United Arab Emirates, were forced to normalize their relations with Syria to counter the growing threat of Turkish expansionism and influence into the Arab World that they had not anticipated when they decided to destroy Syria ten years ago.

END_OF_DOCUMENT_TOKEN_TO_BE_REPLACED 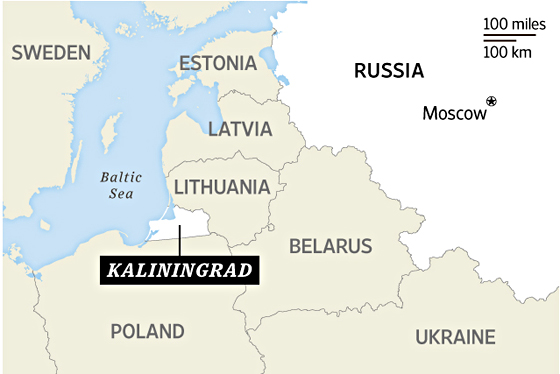 The constant provocations by the US and NATO in the Baltic region have led to a Russian response – the strengthening of its military in the westernmost region of the Russian Federation, Kaliningrad. Following the deployment of the 5th Army Corps of the US Army in neighboring Poland, a new unit in Kaliningrad was established. Lithuania is responding to the strengthening of Kaliningrad by intensifying joint military exercises with allies near the borders of Russia.

The Lithuanian and US military have been conducting exercises in forest conditions and training in guerrilla warfare tactics in small groups. Specialists of the 8th Cavalry Regiment of the US Army trained Lithuanian units to develop tactics and organize forest ambushes. It is believed that a small group of military personnel will be able to stop Russian tanks from progressing in forest conditions in a hypothetical war.