From a new Congressional Research Service report, American casualties soar in Afghanistan since Obama took over: 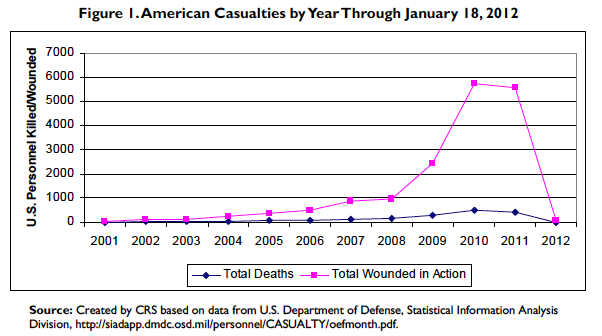 Afghan civilian casualties, although the numbers are less solid than DoD’s tracking of Americans killed, have also skyrocketed under Obama’s surge. See here for the estimates. Hard to match this up with Obama’s claim that “the tide of war is receding.”

79 thoughts on “Deaths in Afghanistan Skyrocket under Obama”