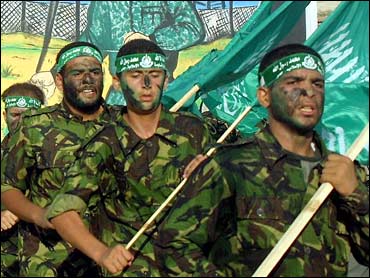 What’s this about opponents of the PATRIOT Act being “Anti-American“?

Liberty-leaching PATRIOT actors claim that the Sept. 11 attacks succeeded because US spies and secret police were hamstrung by excessive caution and concern for civil liberties. How then to explain, for just one example, the antics of the FBI’s Phoenix, Arizona office? The Justice Dept is investigating charges that Arizona FBI agents incautiously used informants and terror suspects to benefit private businesses the agents were running on the side. It gets even more incautious (and weirder):

“[Former FBI asset Harry] Ellen, a Muslim convert, testified he was taking a trip to the Gaza Strip to bring doctors to the region in summer 1998 when [Arizona FBI agent Kenneth] Williams [of flight schools warning fame] asked him to provide money to a Hamas figure. Williams wanted ‘the transfer of American funds to some of the terrorist groups for violent purposes,’ Ellen testified to the immigration court in a closed June 2001 session. …”

“Ellen testified that Williams told him he hoped the transfer would lead to more money exchanges through terror groups but Ellen refused to earmark money for terrorism. He testified he later learned another FBI operative had offered Hamas and Palestinian figures larger amounts for terrorist attacks.”

And (surprise, surprise), even back in the pre-PATRIOT days it was FBI policy record suspects without their permission and without a warrant:

“Arizona businessman Harry Ellen testified he permitted the FBI to bug his home, car and office, allowed his Muslim foundation’s activities in the Gaza Strip to be monitored by agents, arranged a peace meeting between major Palestinian activists and gained personal access to Palestinian Authority Chairman Yasser Arafat during more than four years of cooperation with the FBI. … Ellen, stepson of an Air Force intelligence officer, had worked for U.S. intelligence since the 1970s as an ‘asset,’ a private citizen paid to provide information or conduct specific tasks. … The court testimony shows Ellen allowed his home, office and car in Arizona to be bugged so the FBI could listen, without a warrant, to visiting Palestinians or Americans if they discussed illegal activity. The FBI said it commonly uses such recordings. ‘Consensual monitoring does not require a warrant. In cases where the FBI conducts consensual monitoring, the one party is aware he is being recorded,’ it said. …”

(And what are we to make of this surprising quote, from the New York Times’ article, “F.B.I. Agents Are Examined for Tactics With Hamas“?: “We probably have a million people in Israel who provide us with intelligence on the Israelis but we can probably count on two hands the number of people we have in Palestine who can provide us with intelligence about the Palestinians.”)