This Saturday, Antiwar.com editorial director Scott Horton will be giving a talk at the King County, Washington Libertarian Party convention. 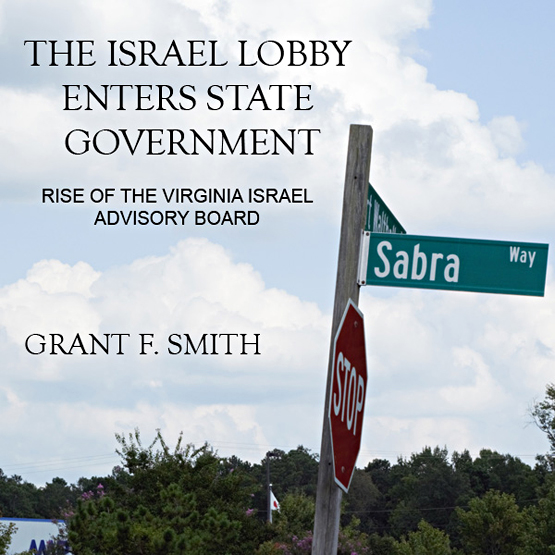 Get your ticket today!

What happens when a major Israel lobbying organization actually becomes part of the government? It has already happened in Virginia! Author Grant F. Smith presents findings from his new book, The Israel Lobby Enters State Government: Rise of the Virginia Israel Advisory Board. Smith will explore:

Join us for a lively presentation, Q&A and opportunity to purchase author signed paperback copies of the book exposing the expanding state corruption scandal that nobody is talking about!

END_OF_DOCUMENT_TOKEN_TO_BE_REPLACED

Antiwar.com columnist Maj. Danny Sjursen (ret.) shares his experience as a young 1st Lieutenant in the Shia-majority East Baghdad in 2007 – a very dangerous time, with upwards of 100 U.S soldiers being killed each month. Danny reflects on the loss of soldiers under his command by a deadly improvised explosive device and the political conditions that led to it all.

He is interviewed at Bro History. Bro History delivers an unapologetic and humorous take on history, geopolitics, and international news. Every week you will receive multiple hours of foreign policy & history-themed content that is thought-provoking, politically incorrect and educational. Now on all major podcasting platforms.

On Saturday, January 4 CODEPINK, Veterans for Peace, United AntiWar Coalition (UNAC), ANSWER Coalition, World Beyond War, Popular Resistance and Voices for Creative Nonviolence are calling on people from around the United States to organize local demonstrations to demand: NO MORE U.S. TROOPS TO IRAQ OR THE MIDDLE EAST! U.S. OUT OF IRAQ NOW! and NO WAR/NO SANCTIONS ON IRAN!

In response to the massive protests in Iraq following the latest U.S. aerial assault that killed scores of Iraqis, Donald Trump has ordered 750 more U.S. troops to the Middle East and potentially 3,000 more. This is in addition to the 5,200 U.S. troops already stationed in Iraq. Every U.S. president over the last 28 years has ordered the bombing of Iraq. The decision by Donald Trump and the Pentagon to launch new air assaults against Iraqis in the past week ignited nationwide resistance by Iraqis who want to reclaim their full sovereignty and do not want Iraq to be used in a U.S. war on Iran.

More than a million Iraqis have died during the past 28 years as a consequence of U.S. occupation, bombings and sanctions. Tens of thousands of U.S. troops have either been killed or suffered life-changing wounds. The U.S. government has spent more than $3 trillion dollars in the on-going occupation and bombing of this oil-rich country. Instead of taking the United States out of this endless war, Trump is building up U.S. forces in the region and threatening a war with Iran.