From The Hill TV:

Executive VP at The Quincy Institute, Trita Parsi, breaks down the latest reports from the intelligence community concerning a potential attack on America orchestrated by Iran’s leadership. Some say these retaliation efforts are a direct result of the killing of terrorist leader Qassem Soleimani.

Today Dave DeCamp joins the staff of Antiwar.com on a full-time basis as an editor and writer. Dave has been writing part-time for Antiwar.com for the past year and a half. We have been very impressed with his writing, knowledge, and abilities. We are delighted to have him join us.

Dave DeCamp grew up in Long Island, New York, and attended SUNY Maritime College in the Bronx, where he graduated in 2012. Since then, Dave has worked in the maritime industry. His most recent job was as a Mate on the Staten Island Ferry in New York Harbor. Over the years, Dave tried various forms of antiwar activism. As he grew more and more frustrated with the lack of good media coverage of US foreign policy and wars, Dave decided to take to writing and found a home at Antiwar.com. 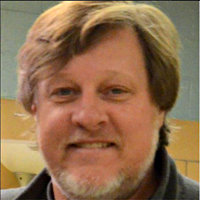 Howie Hawkins reports that Kevin Zeese had a heart attack and died suddenly last night following a dinner at home with his partner Margaret Flowers.)

Kevin was a brilliant writer, organizer, strategist and visionary. Wherever there was injustice, Kevin was there, with his partner Margaret Flowers and Popular Resistance.

We miss you, brother.

75 years ago this week, the US upped the ante on the destructive power of war and the willingness to use it by dropping two atomic bombs on innocent civilians.

First use of nukes by the US is “on the table.” That is official government policy. Recent moves in Washington have made the threat of nuclear war much more real.

The Trump administration has pulled out of Cold War era arms control agreements. The last remaining nuclear arms control treaty between the US and Russia, the New START, is set to expire in February 2021 and prospects for renewing it look bleak.

The lack of arms control between the two largest nuclear powers makes the world a much more dangerous place.

Besides provocations towards Russia, the administration has taken a hawkish turn towards China in the wake of the covid-19 pandemic. Building more of a US military presence around China is lucrative for the weapons makers who run Washington, but it increases the risk of a military conflict with another nuclear power — a conflict that could be catastrophic to the entire world.

There is also a serious consideration within Congress and the administration to resume live nuclear tests, something that hasn’t been done since 1992.

A live nuclear test will jumpstart a new arms race, which would be an outright assault on US taxpayers. Besides the unnecessary financial costs, live tests do untold environmental damage. Just look at the case of the Marshall Islands, where US nuclear testing throughout the 1940s and 50s wiped out entire islands. The indigenous population suffers from illnesses caused by radiation to this day.

And we can never forget the devastating effect nuclear weapons had on the innocent people of Japan. That’s why today, on the 75th anniversary of the Hiroshima bombing, most of Antiwar.com’s page is dedicated to one of the worst war crimes in the history of the world.

Antiwar.com will always cover dangerous provocations that can lead nuclear war and we will never forget the inhumane bombings of Hiroshima and Nagasaki.

Help us cover such an important, underreported aspect of the national security state.

Make a tax-deductible donation to Antiwar.com today, and help spread the word. We can’t do it without you.