A long time ago, pants were mended, not replaced. Books were borrowed, not bought. And people realized that cash was king and crap was crap. Try talking to your grandparents; get a sense of their Depression-era expectations. …

Our expectations have become so inflated, in fact, that even how we classify “poor” has become totally wacked. According to the Census Bureau, 30 million Americans are living in poverty. Not to sound cruel, but it’s a misleading term. By almost any global standard, Americans who are classified as “poor” don’t have it that bad. In 1995, over 41 percent of all poor households owned their own homes. Seventy percent own a car; 27 percent own two or more cars; 97 percent of poor households have a color television – nearly half own two or more; 75 percent have a VCR, 64 percent own a microwave, and 25 percent have an automatic dishwasher.

– Jonathan Hoenig, Greed is Good: The Capitalist Guide to Investing

“The pirates are still among us. They may not wave skull and crossbones flags and have parrots on their shoulders, but the deeds are the same. The only difference is that they have the support of that giant mental cloning machine AKA the media which helps them sugar coat their deeds with pious rhetoric /feel-good slogans such as ‘free’ trade, competition, security, patriotism, community, etc. etc. ad nauseum.

“The fact is, there are less and less of the aforementioned items all the time. The closer things come to disappearing, the more they seem to need to be invoked. A subconscious summoning of old ghosts, I would guess.”

To which I reply:

As Antiwar.com’s letters editor, I’m familiar with the various pro-war arguments. One of them is the argument that “we” (aka the US government) must contol the Mideast’s oil. The Fukuyama quote answers this argument and claims that “war makes much less economic sense than it did two or three hundred years ago.” It’s not surprising that some people and organizations prefer a benefit to themselves over a larger benefit to millions of people, even if the former destroys net wealth.

Those interested in this sort of analysis should check out Nonzero: The Logic of Human Destiny by progressivist-historicist Robert Wright.

Host or attend a house party to screen the new documentary Uncovered: The Whole Truth about the Iraq War. (Watch the trailer here.) The plan is to arrange a nationwide screening on Dec. 7, and participating looks quite easy. Here’s a plug for the party I found in my neck of the woods:

If anyone else is holding a party within two hours’ drive of Baton Rouge, drop me a line and I’ll plug yours, too.

FDR foresaw the fall of Conrad Black. Please e-mail Justin’s article for today to every neo you know. A choice bit:

What’s funny is that Lord Black, author of the recently published Franklin Delano Roosevelt, Champion of Freedom, recently took libertarian Jim Powell to task for questioning the Roosevelt myth. Black retails the liberal-Marxoid misconception that FDR was somehow the “savior of capitalism.” The irony is that Black’s hero seemed to be describing his future hagiographer when he said, in his first inaugural address: “The money changers have fled from their high seats in the temple of our civilization. We may now restore that temple to the ancient truths.”

A more succinct summary of the decline and fall of Conrad Black would be hard to imagine.

People from all over the political spectrum hate Fukuyama’s The End of History and the Last Man, with its naïve progressivist-historicism, its post–Cold War /pre–Sept. 11 triumphalism, etc., so imagine my surprise when I started reading it and enjoying it (while of course finding lots to disagree with).

This is from the chapter “The Power of the Powerless”: 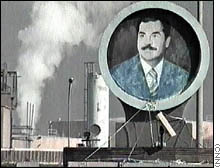 Before the Industrial Revolution, national wealth had to be extracted from the small surpluses eked out by masses of peasants living at or just above the level of subsistence in what were almost universally agricultural societies. An ambitious prince could increase his wealth only by grabbing someone else’s lands and peasants, or else by conquering certain valuable resources, like the gold and silver of the New World. After the Industrial Revolution, however, the importance of land, population, and natural resources declined sharply as sources of wealth in comparison to technology, education, and the rational organization of labor. The tremendous increases in labor productivity that the latter factors permitted were far more significant and certain than any economic gains realized through territorial conquest. Countries like Japan, Singapore, and Hong Kong with little land, limited populations, and no natural resources found themselves in an economically enviable position with no need to resort to imperialism to increase their wealth. As Iraq’s attempted takeover of Kuwait demonstrates, of course, control over certain natural resources like oil confers potentially great economic benefits. The consequences of this invasion, however, are not likely to make this method of securing resources seem attractive in the future. Given the fact that access to those same resources can be obtained peacefully through a global system of free trade, war makes much less economic sense than it did two or three hundred years ago.

FOB (friend of blog) Joanne McNeil points to this article from New Scientist, with the following snippet:

People with implicit racial prejudices are left mentally exhausted after interacting with someone from a different race, perhaps because they are trying to quell their feelings.

The new study, the first of its kind, shows that areas in the brain associated with self-control light up in white people with implicit racial biases when they are shown images of black people.

Furthermore, the study showed that the level of this brain activity correlated very closely with poor performance in a test of thinking ability given right after a face-to-face interview with a black person. The researchers believe this indicates that the subject’s mental resources have been temporarily drained by their efforts to suppress their prejudices.