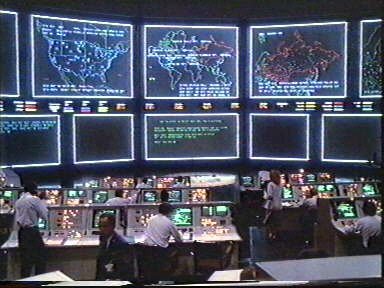 According to polls, tens of millions of Americans believe that the government was behind the 9/11 attacks. But 2 more conspiracy theories were pretty well debunked recently.

(1) That the government shot down United Flight 93.

It seems that NORAD was unable to track or intercept any of the planes before they crashed. At one point they believed that the White House was targeted, and, incredibly, the air force planes were unable to find the White House:

[A] dramatic chase towards the White House continues. Two more problems emerge: the controllers canâ€™t find the White House on their dated equipment, and they have trouble communicating with the Langley fighters.

CITINO: 15 miles. One-five â€¦ noise level please â€¦ It’s got to be low. Quit 2-6, when able say altitude of the aircraft.â€¦ Did we get a Z-track [coordinates] up for the White House?
HUCKABONE: They’re workin’ on it.
CITINO: Okay. Hey, what’s this Bravo 0-0-5 [unidentified target]?
FOX: We’re trying to get the Z-point. Weâ€™re trying to find it.
HUCKABONE: I don’t even know where the White House is.

Conspiracy theorists still have some material to work with, though. On 9/11/01 there was a NORAD hijacking exercise, which seems to have caused some confusion when the real hijackings occurred:

BOSTON CENTER: Hi. Boston Center T.M.U. [Traffic Management Unit], we have a problem here. We have a hijacked aircraft headed towards New York, and we need you guys to, we need someone to scramble some F-16s or something up there, help us out.
POWELL: Is this real-world or exercise?
BOSTON CENTER: No, this is not an exercise, not a test.

WATSON: What?
DOOLEY: Whoa!
WATSON: What was that?
ROUNTREE: Is that real-world?
DOOLEY: Real-world hijack.
WATSON: Cool!

FOX: I’ve never seen so much real-world stuff happen during an exercise.
NASYPANY: This is what I got. Possible news that a 737 just hit the World Trade Center. This is a real-world.

The last line â€” “I think this is a damn input” â€” is a reference to the exercise, meaning a simulations input.

Also surprising is (1) that the terrorists knew to turn off the planes’ transponders, and (2) that this succeeded in making the planes invisible to NORAD. The Vanity Fair article suggests that civilian air traffic controllers had a better understanding of what was going on than did NORAD; even talking to each-other on the phone might have cleared up the confusion, but this didn’t happen.

No conspiracy theory is necessary to make the anti-imperial argument:Â ethics aside, a government that can’t find the president’s house during an attack shouldn’t be abroad shaking up hornets’ nests.