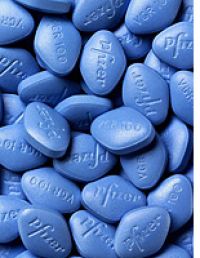 Among the world’s intelligence agencies, there’s a long tradition of using sex as a motivator. Robert Baer, a retired CIA officer and author of several books on intelligence, noted that the Soviet spy service was notorious for using attractive women as bait when seeking to turn foreign diplomats into informants.

“The KGB has always used ‘honey traps,’ and it works,” Baer said. For American officers, a more common practice was to offer medical care for potential informants and their loved ones, he said. “I remember one guy we offered an option on a heart bypass,” Baer said.

Friday’s Washington Post reports that the CIA is offering Afghanis a new form of payola for helping the US military: viagra.