â€œThereâ€™s a resistance saying that armed ground robots are not ready for the battlefield. Iâ€™m not of that camp,â€
– Lt. Gen. Rick Lynch

Perhaps underscoring the old adage that “to a man with a hammer, everything looks like a nail,” Lieutenant General Rick Lynch, who holds a masters degree in robotics, is pretty sure all his problems in Iraq could be solved with a massive army of battle droids. 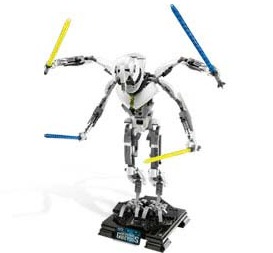 Lt. Gen. Lynch is now claiming that 80 percent of the soldiers who died under his command could have been saved if only he had enough killbots.

“There’s got to be a sense of urgency here,” Lynch noted, “I am so tired of going to demonstrations.”

Lynch is also hoping to deploy heavily armed robots to places where he suspects IEDs might be planted to “kill those bastards before they plant the IEDs.” It has to be noted, however, that US forces killed several farmers in Afghanistan this summer because they couldn’t tell the difference between IEDs and cucumbers, and question if the robots are any more observant.

30 thoughts on “Lt. Gen. Lynch Growing Tired of Waiting for His Droid Army”