I don’t know how my arcane little post on Frank Gaffney’s World War I theories launched a discussion of Shariah law, bikinis, “executive gays,” and Ted Nugent, but Eric Dondero dropped in, so… 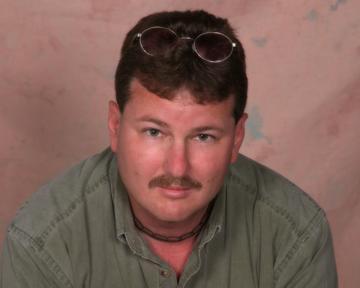 Dondero is raving about, among other things, a county in Maryland providing twice-weekly women-only swim times at public pools. (You can read a reasonable account of what’s happening here, or you can get frothed on over at Pam Geller’s site.) My failure to wet my swim trunks over this issue ultimately led Dondero to demand that I stop calling myself a libertarian.

Now, this strikes me as a little ironic, since the doctrinaire libertarian position on public pools is that there shouldn’t be any. They hardly seem like an essential function of the night-watchman state, after all (and don’t even get those crazy anarcho-capitalists started). Let individuals and organizations build their own pools and swim however they like, whether in the buff or in burqas.

But public pools aren’t really that central an issue to any libertarians I know, even the misguided, pro-war ones. What a luxury it would be to live in a time and place where abolishing the parks and rec department was even arguably a priority! And note that Dondero doesn’t call for privatizing the pools — he just wants to make sure that a state agency that shouldn’t even exist doesn’t in any way accommodate a certain subset of taxpayers.

And Dondero doesn’t stop there:

Or, maybe we should kick these Islamic “immigrants,” out of our country?

If you do not wish to assimilate into American culture of tolerance, open sexuality, and freedom to live as you please without a nanny-state telling you how to live your life, than why in the bloody hell are you here in the first place?

But as the article I linked to explains, it’s not just Islamofascists who like the women-only swim times. In fact, there’s a worldwide market for women-only gyms, and the biggest provider started right here in the USA. But in their hatred of Muslims, these twisted libertoids end up enemies of the open society they’re supposedly defending. Like the puritans they claim to despise, they feel oppressed by the consensual activities of others. That’s why most libertarians disdain Dondero and company.

Full disclosure: I sometimes swim at a local public pool, so when the revolution comes, I will dutifully drown myself by tying a copy of Man, Economy, and State to my ankle and jumping in the deep end. Now rock out to the Nuge in better days.