90 Days, 90 Reasons is a project conceived by author Dave Eggers to rekindle young(ish) America’s romance with Barack Obama. Each day features a post by someone you might have seen in movies or heard on NPR. Today’s post is by Reza Aslan, “an internationally acclaimed writer and scholar of religions” who’s on The Daily Show a lot. He believes that “The difference between Barack Obama and Mitt Romney is not solely a matter of policy or priorities.”

The difference is about something far more fundamental and significant to the lives of every American. It is a difference of world views. If you want to know how Mitt Romney views the world, you need not focus on the train wreck that was his recent junket to England, Israel, and Poland. True, the former governor’s first foray into foreign affairs gave Americans a glimpse of what a Romney presidency would look like to the rest of the world. The results were not encouraging.

Oh God, let’s get this out of the way.

In England, Romney managed to alienate nearly the entire British people by questioning their preparedness for the Olympics.

Is this going to become the liberal version of Churchill-bust fever? Why should we care? Whoever resides at No. 10 Downing will drool when Washington rings a bell. Lament that fact or celebrate it, but don’t tell me that the opinions of the British people make any difference.

In Israel, he delivered a shockingly ignorant speech in which he blamed the massive disparity in GDP between Israel and Palestine not on forty years of Israeli military occupation but on “cultural differences.”

OK, now we’re getting somewhere. This is important. What’s next?

In Poland, Romney was denounced and boycotted by the party of his host, Lech Walesa, because of his assaults on American labor unions.

Yes, but Romney was endorsed by Walesa himself, which I would consider an odd thing to omit if either fact told us anything about what a President Romney might do. Can we talk about that, please?

On the eve of his departure, Romney gave a much-anticipated speech to the Veterans of Foreign Wars (VFA), laying out for the first time his foreign policy philosophy. In that speech, Romney described his vision for America on the global stage by using a term that has become so toxic, so outmoded, so universally proven to be a dangerous, self-destructive, and intellectually bankrupt expression of the global order, that until Romney revived it in his remarks at the VFA, most Americans assumed they would never hear it again. Romney called for a new “American century.”

Ah, something relevant! Well, this is certainly a solid point in favor of Obama. He’d never be so toxic, so outmoded, so intellectually bankrupt as to say — oh.

“If we meet our responsibilities, then — just like the 20th century — the 21st century will be another great American Century,” Obama said in his commencement address today at the Air Force Academy in Colorado Springs.

That was less than three months ago. Aslan must have missed that, but he does sketch a bite-size history of The Project for a New American Century that will hit Jesse Eisenberg’s yurt like a knowledge grenade, so that’s something. And then things actually get interesting:

Barack Obama has made many mistakes in foreign policy (the failed reset with Russia comes to mind). Some of those mistakes, like his horrific handling of the Israeli/Palestinian conflict, will have consequences for decades to come.

I don’t know what Aslan dislikes about the “reset” — Obama hasn’t sent Navy SEALs to take out Vladimir Putin? — but “horrific handling of the Israeli/Palestinian conflict” doesn’t need much elaboration. Which is a good thing, because Aslan doesn’t risk his seat with the cool kids by harshing their O-buzz any further. Nope, he goes right back to swooning:

But the one thing that President Obama understands at a deep, visceral level is that there is no longer any such thing as a unipolar or even a bi-polar world, and there never will be again. This is a president who recognizes that in a world in which the borders and boundaries that divide us into distinct and separate nation-states are becoming ever more porous, America can no longer dictate its will to other peoples. American might can no longer be based upon how many guns it can deploy (hard power) but on whether it can convince its enemies to lay down their guns first (soft power). American values can no longer be beholden to America’s security and economic interests, and those interests can no longer supersede the fundamental desire of all peoples everywhere to live lives of freedom, dignity, and democracy, even if it means losing our perfectly pliable dictatorial allies.

And so on. Obama has been perfectly willing to dictate his will, deploy guns, and help dictators — freedom, dignity, and democracy be damned — and Aslan knows it. Watching a seemingly thoughtful person bury so much inconvenient truth in pablum is truly depressing. 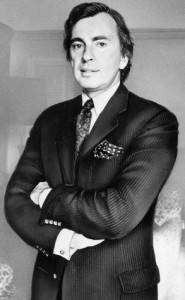 For those interested in exploring Vidal’s oeuvre, Justin Raimondo reviewed Inventing a Nation: Washington, Adams, Jefferson and The Golden Age and defended Vidal’s take on Timothy McVeigh. Bill Kauffman, whom Vidal dubbed “the sage of Batavia,” reviewed Point to Point Navigation: A Memoir and The Selected Essays of Gore Vidal for The American Conservative. 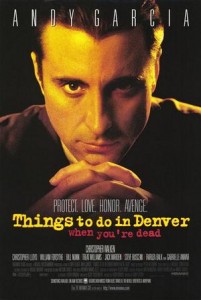 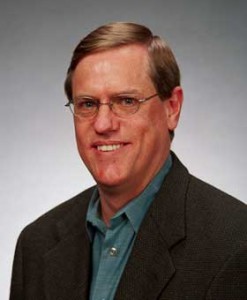 Hehe, just kidding. The nation’s liberals were all listening to Rush Limbaugh during Holder’s speech, but a few of them skimmed it later. And, boy, were they ever pretty much OK with it. Mother Jones‘s Kevin Drum, who has raised being “pretty much OK” with things to the status of serious analysis, sighed and shrugged a little more vigorously than usual:

Yesterday, Daily Kos posted the sad news that Jeff Huber died. Huber, a retired Navy commander, loved to skewer the powerful and the pretentious, but he never let outrage diminish his wit. If you have never sampled his inimitable blend of humor and insight, take a moment to enjoy some of the following:

Pentagon Propaganda Programmers Pardoned; Pro-War News at Eleven
Get Over It Getting Over Over There
Bumbling in Bananastan
Bin Laden: Dead and Loving It
Dumb and Dumber Wars

Huber’s Antiwar.com archive has more of the barbs that made him a favorite of our staffers and readers. RIP.