At Mondoweiss, Allison Deger informs us of pending Israeli legislation that would allow Israeli settlers in the West Bank to construct unpaved roads without a permit. Essentially, “settlers would be given a quick and cheap holding tactic, to confiscate Palestinian land.”

Under the proposed legislation, Israeli-only roads in the West Bank will begin to take on a different function. This network of roadways currently exists to speed travel between the settlements and create physical barriers between Palestinian villages. The new law would treat roads as something similar to the caravans in illegal settler outposts – a means of pushing Palestinians off their land. The Civil Administration confirms the land grabbing function of the bill, stating: “the request did not deal with the paving of roads for vehicular traffic to preserve this land.”

Chiam Levinson explains in Haaretz, “as a practical matter it would significantly expand the amount of land around West Bank settlements that is off-limits to Palestinians.”

There has been considerable focus in recent weeks on the inordinate sway Israel has on U.S. foreign policy, especially towards Iran. Reckless Israeli policy and rhetoric on the Iran issue could get the U.S. into a war that Obama administration officials have repeatedly criticized as unnecessary. But almost no attention has been paid lately to how U.S. subservience to Israel works to continue the defunct peace process and how lavish U.S. support for Israel is actually support for illegal Israeli expansion and annexation of Palestinian land. 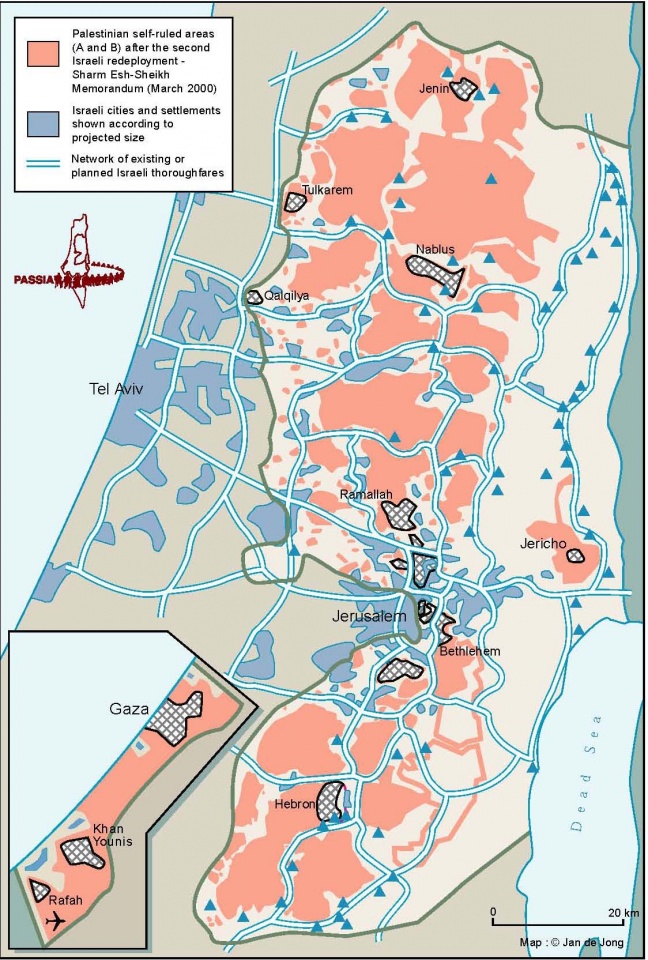 This piece of legislation is a perfect example of that. Israeli-only roads in the occupied West Bank have for a long time illustrated rather starkly the nature of the apartheid system there. But this legislation would build on that and expand the amount of land Palestinians are not allowed to trespass. It is a policy of expansion, clear as day.

There is another plan being pushed in the Israeli Knesset which proposed to annex “Area C” of the West Bank, which makes up over 60% of the total, and establish formal Israeli law there and “naturalize” some 50,000 Palestinians from the seized territory. At least 27 Likud party Knesset members have endorsed the idea.

Last week, Israel again approved the construction of 695 new housing units in and around the West Bank settlement of Shiloh, north-east of Ramallah. The United Nations special coordinator for the Middle East peace process, Robert Serry, called the decision “deplorable and moves us further away from the goal of a two-state solution.” Settlements on Palestinian territory and the related destruction of Palestinian homes has been constantly recognized as illegal by the international community. The United Nations recently called on Israel to immediately halt the destruction of Palestinian homes in the West Bank, as it also violates international law. Israeli forces destroyed 622 Palestinian homes in the West Bank in 2011, forcibly displacing over 1,100 people, over half of them children. “The current policy and practice of demolitions cause extensive human suffering and should end,” said UN humanitarian coordinator for the occupied Palestinian territories, Maxwell Gaylard.

When asked about this, Israeli officials like Prime Minister Benjamin Netanyahu sort of shrug and act as if this is just some naturally occurring phenomenon instead of a systematic policy. In a press conference with Obama in the summer of 2010, Netanyahu said two states based on the ’67 borders was impossible because of “certain demographic changes,” forgetting to mention that those changes were intended to prevent such a political settlement. Again, the policy is clearly expansion, if incremental. And it goes on because of U.S. support.

A recent report from the European Union warned that “if current trends are not stopped and reversed, the establishment of a viable Palestinian state within pre-1967 borders seem more remote than ever.” And that, indeed, seems to be the intention.

Everyone is in on the debate about what to do vis-a-vis Israel and Iran. Even the elite media puts their two-cents of propaganda in there. But there is no prominent debate on Israeli occupation and American support of it, anywhere.