President Obama this week defined his “red line” for the Syria conflict, warning that if the Syrian government’s chemical and biological weapons are moved around or utilized, this would “change” his “calculus,” which has so far been to abstain from any direct military intervention inside Syria. But the administration’s current interventions are already unwarranted…at least those we know about.

This “red line” announcement was probably more bluster than actual policy for two reasons. First, as the New York Times pointed out yesterday, “Obama did not explicitly threaten a military response in the event of a chemical weapons attack.” But also, the Assad regime 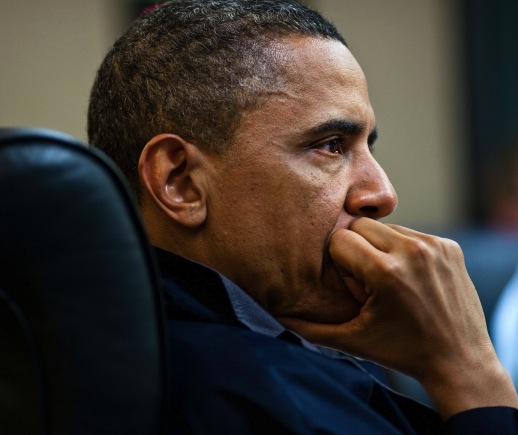 is extremely unlikely to use any of these kind of WMD weapons: the Syrian Foreign Ministry vowed in late July that its stockpile of chemical weapons would only be used against armies attempting to invade or intervene to topple the regime. They said they would “never, never be used against the Syrian people or civilians during this crisis, under any circumstances.” Their word counts for something in this case, since the regime’s aim is to quell and mollify the conflict while retaining power, not to worsen it and broaden the international appeal for intervention and thereby undermine the regime’s hold on power.

But the same factors that have convinced the Obama administration to hold off on a bombing campaign or military invasion would still hold even in the unlikely event that Obama’s “red line” is crossed. New York Times:

Despite President Obama’s warning to Syria not to use its arsenal of chemical weapons or allow them to fall into the hands of extremists, the administration’s options for intervening remain limited by what its officials have described as a simple calculus: It would make the conflict even worse.

American military operations against Syria, officials reiterated on Tuesday, would risk drawing in Syria’s patrons, principally Iran and Russia, at a much greater level than they already are involved. It would allow Syria’s president, Bashar al-Assad, to rally popular sentiment against the West and embolden Al Qaeda and other terrorist groups now fighting the Assad government to turn their attention to what they would see as another American crusade in the Arab world.

…The administration has also ruled out providing arms to the rebels for broadly the same reason: more weapons, the officials say, would probably make the war only worse.

First of all, the Obama administration has sidestepped responsibility for arming the rebels by inducing weapons deliveries from client states like Saudi Arabia, Qatar, and Turkey. This is an age-old trick. When the Reagan administration armed Saddam Hussein’s Iraq in its 1980s conflict with Iran, they prevailed upon allies in France, Italy, and the Gulf Arab states to do the direct arming – even though it was mostly with American-made arms. It’s true that Obama has all but ruled out direct intervention with the US military – and everyone is better off because of it – but to say he isn’t arming the rebels is to ignore the obvious. For all the administration’s cautious reluctance for another US war in the Middle East, they’re actively engaging in behavior they themselves warn against in the pages of the New York Times.

Secondly, my own view is that the Obama administration probably has an expansive covert policy on Syria in place. Micah Zenko, a fellow at the Council on Foreign Relations, agrees that “Covert ops [are] ongoing.” This is one of the most secretive administrations in recent memory and the situation in Syria is extraordinarily sensitive and precarious. The notion that Obama is holding off in the clandestine realm of policy is not really credible. Again, this has all the reasons for not intervening attached to it, but if it’s done in secret, the administration can avoid taking responsibility for its actions.