Since the Egyptian revolution, Washington has been scrambling for leverage in Cairo. Losing longtime US puppet Hosni Mubarak was obviously a major blow to US imperialists who aim to have the policies of Arab states reflect American demands as opposed to the will of the people. 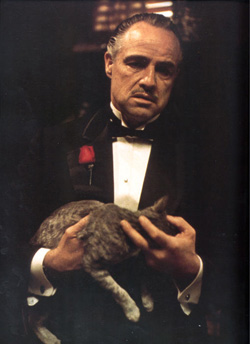 With the Islamist victory in Egypt’s slogging democracy, the leading Arab country wrested back some measure of independence. But Washington has one more trick up its sleeve: bribery. The Wall Street Journal:

American diplomats are closing in on an agreement to dole out $1 billion in debt relief to Egypt, part of a gilded charm offensive that Washington hopes will help shore up the country’s economy and prevent its new Islamist leadership from drifting beyond America’s foreign-policy orbit.

Ah, yes – we’re “charming” them. As Esam Al-Amin described current US policy towards Egypt: “the strategy is to give the Islamic rising powers a chance to govern as long as they agree to: keep the Americans in, the Chinese and Russians out, the Iranians down, and the Israelis safe.” If they don’t agree, America could rely on the use of force. But this could backfire if used too soon, the thinking goes. So one thing America can do to – ahem, nudge them in the right direction, is to throw money at them. Make them owe us.

Consider this ongoing subsidization of the Egyptian government a counter-measure to the Arab Spring. Jacob Hornberger:

Morsi’s election came under military rule, which obviously skews the vote, given that people have to factor in the possibility that the military was monitoring how they voted. Moreover, it’s becoming increasingly obvious that Morsi is simply assuming the same dictatorial powers exercised by military dictator Hosni Mubarak, leaving the military machine in its dominant and privileged position in Egyptian society and simply putting military officers who will be loyal to Morsi in charge. Morsi has also abrogated to himself legislative powers, especially since the military dissolved the legislature just before the elections.

It’s nothing less than what a Don Corleone or Tony Soprano might do to muscle themselves a more profitable outcome and generate leverage – backed up, of course, with an offer Egypt can’t refuse from the world’s leading merchant of military violence.

26 thoughts on “Bribery: An American Standard”