The news that the Obama administration covertly contacted the Iranian government to confirm that the US would not back an Israeli strike so long as Iran doesn’t attack US assets in the Persian Gulf is at once a dramatic development and utterly predictable. (The White House has denied the reports, which first surfaced in Israeli newspapers, but they’re probably true). On the one hand, it’s extraordinary that a sitting US president would momentarily lapse from the near-constant deference and subservience to the Israeli state. On the other hand, the administration simply reiterated what has clearly been their policy for more than a year. 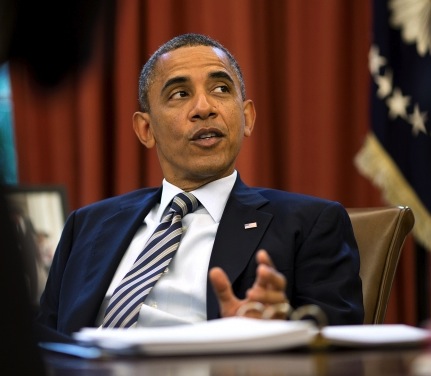 Obama talk
Beneath all the bluster and war rhetoric from both Tel Aviv an Washington, what is by now established is that Iran presents no imminent threat, that its postures are defensive in nature, and that the nuclear weapons program everybody keeps getting hysterical over doesn’t even exist. Therefore, a military attack is entirely unjustified.

Given this, the grave consequences that a US or Israeli strike would generate aren’t worth it to Washington. Despite Obama’s overture, Iran might still attack US assets in the region – US troops in neighboring Afghanistan, the Navy’s Fifth Fleet in nearby Bahrain, etc. As Iranian-backed Hezbollah leader Hassan Nasrallah said just yesterday, “If Israel targets Iran, America bears responsibility.” A declassified war simulation run by the Pentagon earlier this year forecasted such a “strike would lead to a wider regional war, which could draw in the United States” and would immediately get at least 200 Americans killed in Iran’s retaliation, not to mention heavy Iranian and Israeli casualties.

The Obama administration simply ain’t up for that – not when more valuable goods like “stability” and unchallenged control of oil flows from the most geo-strategically important region in the world are at play. As a Senate Foreign Relations Committee report reiterated in June, US interests lie in maintaining as much hegemony as possible in the Gulf, without provoking “popular backlash.” And the Obama administration has certainly considered what an unprovoked US-Israeli attack on Iran would do to the popular framing of the Arab Spring across the Muslim world. Overthrowing domestic regimes might go on the back burner as ousting the Imperial Crusader becomes priority.

This could present a bigger challenge to US hegemony even than an Iran that can deter a US attack.

As his first term has shown, Barack Obama is prone to violence and bloodshed, especially when it’s on the cheap and especially when it’s secret. But Bibi Netanyahu has no regulating feature in his ideological make-up. He is messianic and perfectly willing to disregard other core interests of the state in order to carry out some apocalyptic war. Obama, however, would rather maintain US hegemony, than destroy it with imperial hubris.

None of this is to praise Obama. To calculate that war should be held off because oil and hegemony are more important is to have really lost a piece of your humanity. The immense human costs of war on Iran should cast it out of the rational person’s consideration. Additionally, Obama’s cruel policy of economic warfare on the Iranian people is a policy of collective punishment, starvation, and deprivation that puts tens of thousands of lives at risk.