Here’s a twisted-like-a-pretzel kind of sentiment:

[British] Home Secretary Theresa May has warned that those opposing plans to let police monitor all internet use are “putting politics before people’s lives.” 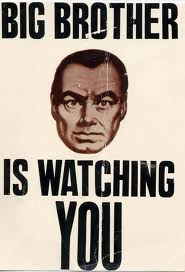 Ah yes, those unwilling to have government thugs snoop on literally everybody’s personal internet use – essentially to put the final nail in the coffin for the presumption of innocence instead of guilt – are being superficial. The truly civic minded readily surrender their rights to privacy for the sake of Big Brother.

The legislation in question is Britain’s Communications Data Bill, which would require internet providers to retain records of all their customers’ online activity for 12 months, so that the police can “tackle organized crime, paedophiles, and terrorists,” according to Theresa May.

These types of measures are relevant especially as the 193-country UN conference in Dubai meets this week to discuss potential internet regulations. The conference, according to Joshua Keating, is being organized “by the International Telecommunication Union – a UN agency – which is intended to update the 1988 International Telecommunication Regulations for the Internet era.”

Participants including the European Union and the United States are opposed to proposals by some countries — notably Russia — that countries should have power to manage their own Internet domain names, as well as any move to give the ITU greater regulatory power over the Internet. Companies like Google argue that the ITU — an organization founded in 1865 to manage telegraph communications — shouldn’t have jurisdiction over the Internet at all and that decisions regarding Internet architecture should not be made by government regulators.

There are also widespread concerns among internet content producers like Google and Facebook over a proposal by a coalition of European telecom network operators as well as some developing country governments that would require web companies to pay a fee to access local telecoms networks. And pretty much everyone is upset about the lack of transparency in the run-up to the conference.

While many civil liberties advocates and internet activists have criticized the conference for potentially regulating the internet, government hands may not be making huge strides on the internet just by virture of this conference.

…as several blogs have pointed out, the most radical proposals — such as Russia’s — are unlikely to be adopted, whatever treaty does come out of the meeting will have essentially no enforcement power, and it’s not as if authoritarian governments aren’t doing a perfectly good job censoring web content already.

That said, the internet is the singular force worldwide that is undermining government control of populations and of the information they access. States will increasingly recognize this as a threat, and attempts to stifle internet freedom will become more and more frequent.

Update: As mentioned above, one of the criticisms of the conference is the total lack of transparency. Here’s Peter Suderman way back in June:

Jerry Brito and Eli Dourado, both tech policy research fellows with the The Mercatus Center at George Mason University, hope they’ve found a way to solve this problem. They’ve created a website called WCITLeaks.org that allows officials with access to ITU proposals to anonymously upload drafts.

7 thoughts on “Will the UN Conference Put Government Hands on My Internet?”