The US government has killed 223 people in Yemen in more than 40 drone strikes in 2012, according to estimates from the Long War Journal. 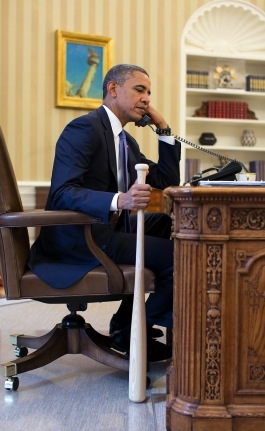 The Long War Journal is a project of the Foundation for Defense of Democracies, a neo-conservative think-tank in Washington, DC that has been shown to systematically underestimate information about the drone war.

A new study from Columbia Law School’s Human Rights Institute finds that the number of Pakistani civilians killed in drone strikes are “significantly and consistently underestimated” by tracking organizations which are trying to take the place of government estimates on casualties, which the Obama administration won’t comment on because the drone war is technically secret.

The study “warns that low civilian casualty estimates may provide false assurance to the public and policymakers that drone strikes do not harm civilians.” Many low-ball estimates – like those from Long War Journal and New America Foundation – are due to reliance on news reports, which “suffer from common flaws” like trusting “anonymous Pakistani government officials or unnamed witnesses for the claim that ‘militants’ – rather than civilians – were killed.”

But even if we take this probably low-ball estimate as a decent enough approximation of the truth, there is a huge problem in estimating how many of the 223 killed were civilians. The Long War Journal says that 19 percent were civilians.

But  according to the New York Times, the Obama administration “counts all military-age males in a strike zone as combatants…unless there is explicit intelligence posthumously proving them innocent.”

In addition, as The Washington Post reported last week, the Yemeni government as a policy tries to conceal when US drones kill civilians, instead automatically and systematically describing the victims as al-Qaeda militants, regardless of the truth.

“Forget,” Micah Zenko of the Council on Foreign Relations sarcastically implores, “that most of the 223 people killed by US airpower in Yemen are not ‘the most senior and most dangerous AQAP terrorists,’ but actually primarily engaged in a domestic insurgency.”

The US is taking out the domestic enemies of the Yemeni government – not individuals engaged in direct attacks on the United States.

“I’m particularly worried that the US drones in Yemen are being used to settle long-standing scores on the ground,” writes Yemen scholar Gregory D. Johnsen.

The US has bombed Yemen at least 42 times in 2012, up from an estimated 10 times in 2011. This, unsurprisingly, has prompted anger among the local populations and has coincided with a marked increase in the estimated number of al-Qaeda militants in Yemen.

“Our entire village is angry at the government and the Americans,” a Yemeni villager named Mohammed told the Post. “If the Americans are responsible, I would have no choice but to sympathize with al-Qaeda because al-Qaeda is fighting America.”