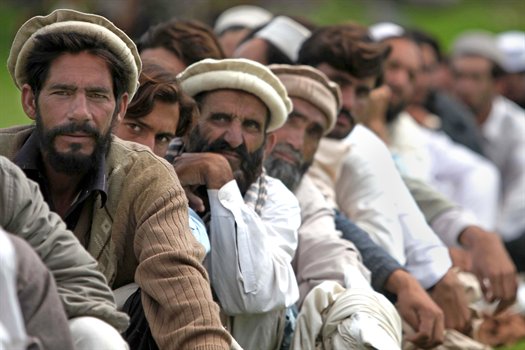 Prisoners in Afghanistan continue to be tortured and abused in detention facilities under Afghan control and Afghanistan’s spy agency is operating secret prisons to avoid international scrutiny, according to a United Nations report released on Sunday.

The UN Assistance Mission in Afghanistan (UNAMA) interviewed 635 conflict-related detainees held at 89 facilities across Afghanistan and found “credible and reliable evidence” that about a third of them were subjected to torture and abuse.

Detainees in Afghanistan have been subjected to torture at both American-controlled as well as Afghan-controlled prisons. But the US is in the process of transferring full control of all detainees to Kabul, at President Hamid Karzai’s insistence.

Despite the fact that most of the torture is now being carried out in Afghan-controlled prisons, the US is no less culpable. The Kabul government has no domestic legitimacy: the Karzai regime has remained in power through widespread election fraud, and the rest of the government is one of the most corrupt in the world. The Afghan government owes its continuing survival to exorbitant US support, and therefore the policies it carries out – in this case rampant torture – are to some extent the responsibility of Washington.