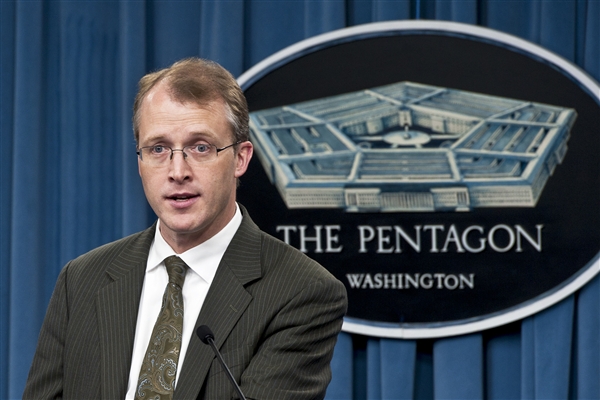 Washington claims its only direct involvement in France’s military intervention in Mali includes the US Air Force flying in French soldiers and 124 tons of equipment. Beyond that, the Pentagon will only admit vaguely to “intelligence support.” Whether the US is flying drones in Mali, whether Special Operations teams are secretly conducting operations inside Mali, and whether the CIA is covertly involved – the Pentagon has no comment.

[George Little, the Pentagon’s chief spokesman] wouldn’t discuss any unarmed U.S. surveillance drones reportedly considered for use over Mali at French request. Nor would he discuss the use of any special-operations forces in the conflict. Since 9/11, unconventional forces and surveillance aircraft have often been a vanguard for a direct U.S. role in campaigns against terrorist organizations that relocate to areas where they perceive they won’t be pursued.

But the emerging line from the Pentagon is that, for now at least, the Mali war isn’t going to be like that. U.S. troops are “not contributing” to a training effort for African forces that France wants to conduct ground operations in Mali, Little said. The Pentagon is still considering a French request for midair refueling aircraft. And outside a handful of Air Force communications specialists who helped direct traffic at an air base near Bamako, U.S. personnel haven’t been on the ground in Mali.

“Our support of French operations in Mali does not involve what is traditionally referred to as boots on the ground,” Little told reporters during a Tuesday briefing. There’s a caveat: “We don’t have any plans to put on the ground at this time in support of French operations.” And Little wasn’t speaking to any possible CIA involvement in Mali; it’s worth noting that the CIA has placed operatives on the ground in places where the U.S. has publicly stated it wouldn’t send ground troops.

There has already been some evidence that in the months preceding the French intervention, the US had been flying drones over Mali and secretly conducting special operations inside the country. They didn’t tell us about that; I’m not sure why they’d tell us whether it was going on now.

83 thoughts on “Is US Involvement in Mali War Really ‘Limited’?”