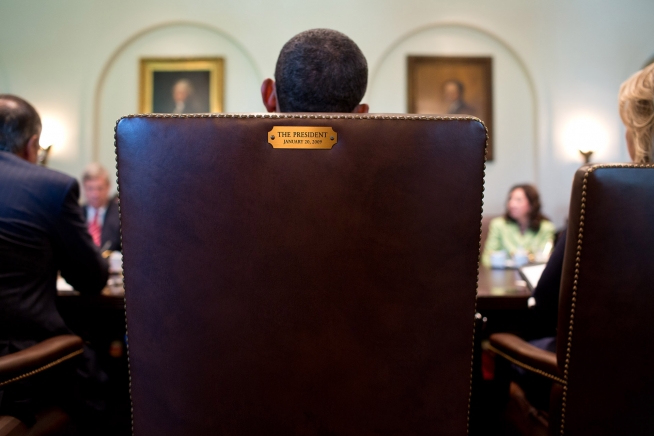 The controversy, arising out of the drone war, that President Obama has the authority to assassinate US citizens abroad in non-war zones just got even more disgraceful.

The Obama administration’s Attorney General Eric Holder sent a letter in response to persistent inquiries from Senator Rand Paul, who vowed to block the confirmation of John Brennan to CIA chief if the White House didn’t respond. In the letter, Holder maintains that the President does have the authority to kill US citizens on US soil without any due process.

“It is possible, I suppose, to imagine an extraordinary circumstance in which it would be necessary and appropriate under the Constitution and applicable laws of the United States for the President to authorize the military to use lethal force within the territory of the United States,” Holder wrote.

Holder’s caveat is that this scenario is “entirely hypothetical” because “the US government has not carried out drone strikes in the United States and has no intention of doing so.” Furthermore, “as a policy matter…we reject the use of military force where well-established law enforcement authorities in this country provide the best means for incapacitating a terrorist threat.”

Still, the concluding legal opinion represents a radical betrayal of constitutional limits imposed on the state for depriving citizens of life, liberty and property. Officially now, Obama’s kingly authority to play Judge, Jury, and Executioner and deprive Americans of their life without due process of law applies not only to Americans abroad but to citizens that are inside the United States.

“The US Attorney General’s refusal to rule out the possibility of drone strikes on American citizens and on American soil is more than frightening – it is an affront the Constitutional due process rights of all Americans,” Sen. Paul said in a statement.

Holder, along with the Obama administration, is making it seem as if the President’s use of lethal force, as in the drone war, would only be used in circumstances like another impending 9/11 attack or something. Only when an attack is imminent.

But that categorical limitation on the President’s authority to kill depends upon their definition of “imminence,” which we learned from a leaked Justice Department white paper last month, is extremely broad.

The memo refers to what it calls a “broader concept of imminence” than what has traditionally been required, like actual intelligence of an ongoing plot against the US.

“The condition that an operational leader present an ‘imminent’ threat of violent attack against the United States does not require the United States to have clear evidence that a specific attack on U.S. persons and interests will take place in the immediate future,” the memo states, contradicting conventional international law.

Instead, so long as an “informed, high-level” US official claims the targeted American has been “recently” involved in “activities” that pose a threat and “there is  no evidence suggesting that he has renounced or abandoned such activities,” then the President can order his assassination. The memo does not define “recently” or “activities.”

Holder also insists that in the case of such “extraordinary circumstances,” like another impending 9/11, he “would examine the particular facts and circumstances before advising the president of the scope of his authority.”

Boy, do I feel comforted.

104 thoughts on “Obama Administration: Yes, We Can Kill Americans on US Soil”