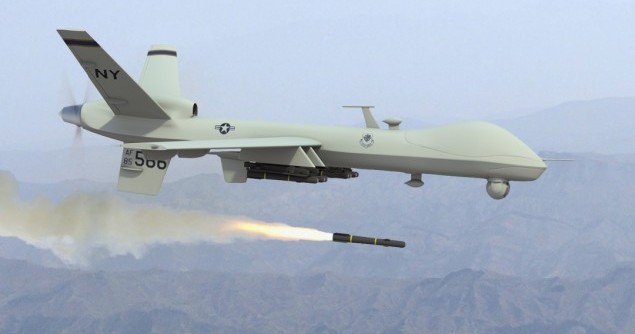 A federal appeals court has just ruled that the CIA cannot continue to “neither confirm nor deny” the existence of the drone war, in a court case prompted by a Freedom of Information Act request by the American Civil Liberties Union.

“This is an important victory. It requires the government to retire the absurd claim that the CIA’s interest in the targeted killing program is a secret, and it will make it more difficult for the government to deflect questions about the program’s scope and legal basis,” said ACLU Deputy Legal Director Jameel Jaffer, who argued the case before a three-judge panel of the D.C. Circuit Appeals Court in September. “It also means that the CIA will have to explain what records it is withholding, and on what grounds it is withholding them.”

The ACLU’s FOIA request, filed in January 2010, seeks to learn when, where, and against whom drone strikes can be authorized, and how and whether the U.S. ensures compliance with international law restricting extrajudicial killings. In September 2011, the district court granted the government’s request to dismiss the case, accepting the CIA’s argument that it could not release any documents because even acknowledging the existence of the program would harm national security. The ACLU filed its appeal brief in the case exactly one year ago, and today the appeals court reversed the lower court’s ruling in a 3-0 vote.

“We hope that this ruling will encourage the Obama administration to fundamentally reconsider the secrecy surrounding the targeted killing program,” Jaffer said. “The program has already been responsible for the deaths of more than 4,000 people in an unknown number of countries. The public surely has a right to know who the government is killing, and why, and in which countries, and on whose orders. The Obama administration, which has repeatedly acknowledged the importance of government transparency, should give the public the information it needs in order to fully evaluate the wisdom and lawfulness of the government’s policies.”

You can read the unanimous 19-page decision here. The crux of the opinion: “It is implausible that the CIA does not possess a single document on the subject of drone strikes.”