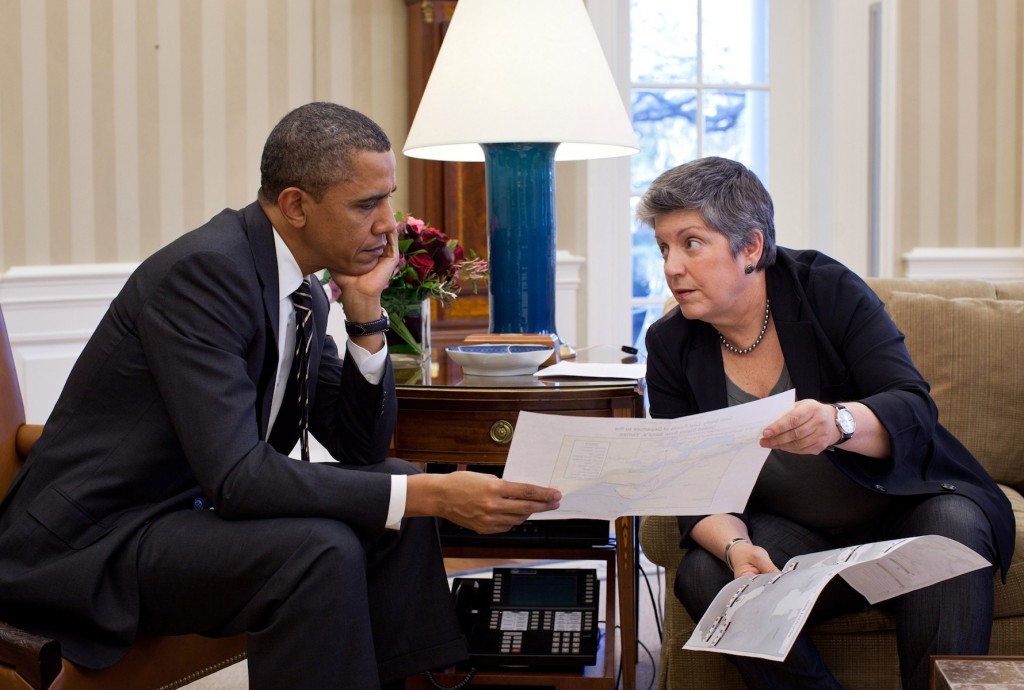 Government documents obtained by the Partnership for Civil Justice Fund (PCJF) through its FOIA records requests reveal that the Department of Homeland Security (DHS), an agency created after the September 11 attacks under the rubric of combating terrorism, conducts daily monitoring of peaceful, lawful protests as a matter of policy.

The nationwide surveillance system has become the contemporary version of J. Edgar Hoover’s Gestapo-style FBI, watching, subverting, and harassing political dissenters in an extra-legal environment that disregards the First Amendment.

The DHS has used the inflated powers granted to it post-9/11 to expand the definition of “domestic terrorist” to anyone who disagrees with the government and acts on it. Senate investigations on what are called “fusion centers” – essentially DHS intelligence-sharing centers – concluded they did not act to disrupt terrorist plots and spent most of their time monitoring and trying to disrupt political dissidents, specifically “Ron Paul supporters, the ACLU, activists on both sides of the abortion debate, war protesters and advocates of gun rights.”

Muslim communities across the nation have been acutely spied on, intimidated, and persecuted by the FBI and DHS, as revealing Associated Press investigations have repeatedly demonstrated. More than that, as Trevor Aaronson’s new book The Terror Factory painstakingly documents, Muslims have also served as a scapegoat under an elaborate system of entrapment that targets vulnerable lowlifes with little capacity to do harm absent FBI enabling.

In the summer of 2011, The Washington Post reported on “a mysterious, ongoing nationwide terrorism investigation [by the FBI] with an unusual target: prominent peace activists and politically active labor organizers.”

The apparent targets, all vocal and visible critics of U.S. foreign policy in the Middle East and South America, deny any ties to terrorism. They say the government, using its post-9/11 focus on terrorism as a pretext, is targeting them for their political views.

Think of the resources – billions of dollars and massive human effort – wasted on abridging the free speech rights of America’s political dissidents. This is what happens when the government is given the power and a blank check to perform seemingly legitimate functions like protecting us from terrorists.

But since there is not enough of a terrorist threat to obstruct, the state has been busy countering the real threat they face: dissent.

That existing threat, notably, only becomes truly menacing to the state when it gets attention, so it’s no surprise that the most recent set of documents released by PCJF show DHS exhibiting particular concern about protests getting media attention:

The documents show a Department of Homeland Security that appears obsessed with the question of whether any and all protests that are being surveilled receive media attention and coverage. Reporting within the DHS on media coverage of First Amendment protected activities, even in the smallest places, appears to be a routine part of DHS intelligence reports. None of the documents explain why media coverage of peaceful demonstrations is of interest to law enforcement or concerns “homeland security” in any way.

“This production of documents, like the FBI documents that the PCJF received in December 2012, is a window into the nationwide scope of DHS and FBI surveillance, monitoring, and reporting on peaceful protestors organizing with the Occupy movement. Taken together, the two sets of documents paint a disturbing picture of federal law enforcement agencies using their vast power in a systematic effort to surveil and disrupt peaceful demonstrations. The federal agencies’ actions were not because Occupy represented a ‘terrorist threat’ or a ‘criminal threat’ but rather because it posed a significant grassroots political challenge to the status quo,” stated Mara Verheyden-Hilliard, Executive Director of the PCJF.

Expansive as these powers and abuses of power are, government is always trying to broaden the scope of its capacities in this respect. Late last year, the Obama administration unilaterally granted new powers to The National Counterterrorism Center (NCTC), a sweeping database housing information and surveillance records of people the government suspects have ties to terrorism.

The lesson here is the same one that has been learned and relearned by Americans over and over again throughout the history of the country: national security is always used as an excuse to expand government power and abridge the rights of citizens.

80 thoughts on “Enemies of the Warfare State: Government Spying on Peaceful Political Dissidents”