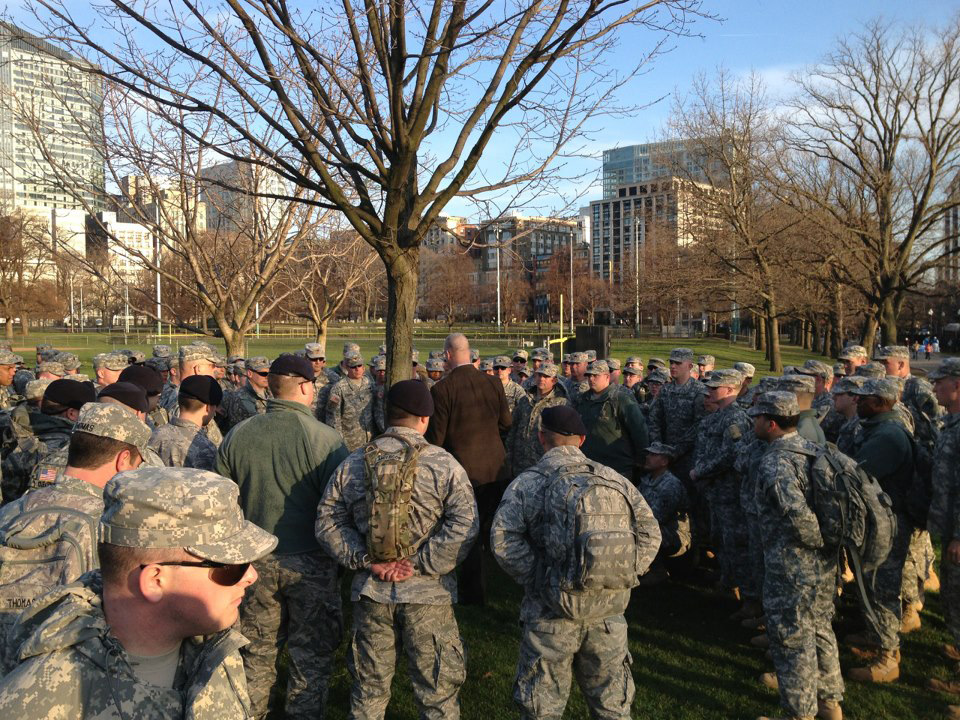 One might reasonably conclude that the two bombs that exploded near the finish line at the Boston Marathon are all there is and all there will be. According to the authorities, there were no other explosive devices found and all the abandoned bags and belongings left by people fleeing the scene have proved not to contain additional bombs or anything that can carry out more violence on the people of Boston.

The attack is over. And it seems the government thinks so too. But they are still ostentatiously beefing up security. Not to obstruct any further attacks, mind you. It’s simply for public consumption.

So I’m speaking to the public: you are going to see an enhanced presence from the Boston police, from the state police, from the national guard and from our law enforcement partners through the metropolitan Boston area over the next days and probably longer. That’s not for any particular reason other than to provide some comfort to the public who are using transportation centers or going about their business.

So we are engaged with the MBTA police in the “T” you will see more troopers, you’ll see national guardsmen there. You’ll MBTA police like you do every day, but that presence will be significantly enhanced. We’re doing that for the comfort of the public.

“That’s an interesting justification for intrusions on people’s free movement and the expenditure of public funds,” writes Tim Carney at The Washington Examiner. “Also, is it clear that armed guards with large rifles make people feel more comfortable?”

17 thoughts on “‘Security Theater’ in Aftermath of Boston Bombings”