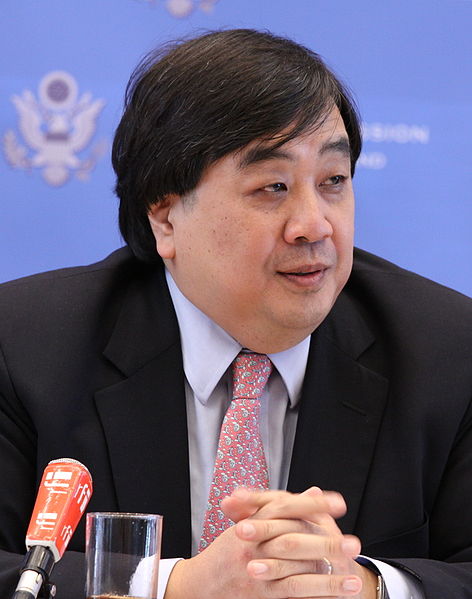 In a speech Tuesday at Oxford University, Harold H. Koh, a Yale law professor who as the State Department’s top lawyer in 2010 gave the first public speech explaining the targeted killing program, said the administration “has not been sufficiently transparent to the media, to the Congress and to our allies.”

The result is “a growing perception that the program is not lawful and necessary, but illegal, unnecessary and out of control,” said Mr. Koh, who served during President Obama’s entire first term. “The administration must take responsibility for this failure, because its persistent and counterproductive lack of transparency has led to the release of necessary pieces of its public legal defense too little and too late.”

Notably, Koh defends the legality and the necessity of the drone war, but quibbles with the administration’s secrecy primarily because it has unhelpful consequences in public perceptions of the covert targeted killing program.

Koh has a history of legally justifying expansive powers of the executive, famously defending the President’s war in Libya, despite violating the Constitution, by not receiving congressional sanction, and the War Powers Resolution.

The fact that someone like Koh, who in Obama’s first term surprised people with his willingness to interpret the law in a way that basically put zero restraints on the Imperial Presidency, is worried about the drone war’s secrecy is remarkable. Here’ s guy who defends going to war without congressional authority, defends presidential kill lists and a world-wide assassination program, defends indefinite detention policies – and even he thinks the secret war Obama has been waging since 2009 goes a little too far.