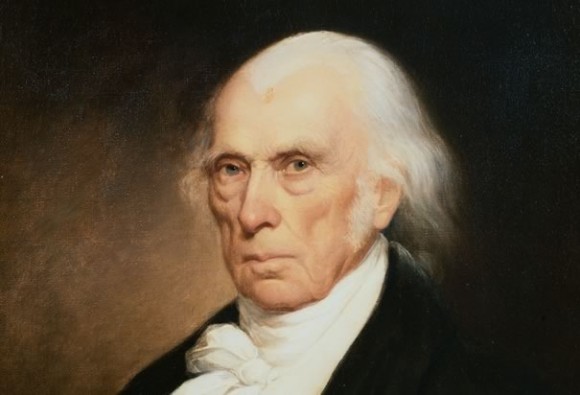 “A standing military force, with an overgrown Executive will not long be safe companions to liberty. The means of defence agst. foreign danger, have been always the instruments of tyranny at home.” -James Madison

As previously discussed in these spaces by Kelley Vlahos, Lucy Steigerwald, and myself, a group of senators are mulling a revision to the 2001 Authorization for the Use of Military Force against those who perpetrated the 9/11 attacks. In Senate testimony today, several Pentagon officials tried to dissuade making any changes to the law, which has been notoriously beneficial to the expansion of the warfare state and terribly detrimental to the rule of law, government transparency, and human liberty in general.

Indeed, “the AUMF opened the doors to the US wars in Iraq, Afghanistan and Libya; attacks on Pakistan, Yemen, Somalia and Mali; the new drone bases in Niger and Djibouti; and the killing of American citizens, notably Anwar al-Awlaki and his 16-year-old noncombatant son,” write Michael Shank and Matt Southworth in the Guardian.

“It is what now emboldens the hawks on the warpath to Syria, Iran and North Korea,” they add.

One of the witnesses today, Assistant Secretary for Special Operations Michael Sheehan, said keeping the 2001 AUMF in place is important to facilitate the ongoing “war on terrorism,” which, he said, will last “at least ten to twenty [more] years.” And thanks to the terse wording of the law, that war has no geographic limit. Any individual or group unilaterally deemed an “associated force” by top officials can be targeted by the U.S. war machine anywhere in the world. And this extraordinary power cannot be rescinded until the overlords in the White House and the Pentagon say so.

It’s ironic that Sheehan made such a dramatic prediction of continuing to fight this “war,” if you can call it that, for another ten to twenty years when top national security officials have been noting publicly al-Qaeda’s growing irrelevance. Danger Room:

It was just two months ago the top U.S. intelligence official testified that al-Qaida had been battered by the U.S. into a state of disarray. A year ago, the current CIA director, John Brennan, said that “For the first time since this fight began, we can look ahead and envision a world in which the al Qaeda core is simply no longer relevant.” Just this week, the commander of the Joint Special Operations Command, Army Lt. Gen. Joseph Votel, told a Florida conference that he was looking at missions beyond the counterterrorism manhunt.

So why insist on keeping the blank-check-for-war AUMF intact?

First, the 2001 AUMF was a wet dream for the Masters of War in Washington who yearn for the day when any and all constraints on their actions in the realm of “national security” would evaporate. It carries with it immense, unchecked power that they are wont to preserve.

Second, in order to continue to carry out their Imperial Grand Strategy, they need to perpetuate a bogeyman. Without a monster to destroy, the public is much less apt to grant the state carte blanche to make war at will and keep it secret.

In an interview last year, former Secretary of State Colin Powell lamented, in a moment of candor, the fall of the Soviet Union. He described, admittedly with some irony, how apparently remorseful he and others in the military establishment were that America “lost our best enemy.” He said it was “one of the biggest challenges” he “ever faced” when the Cold War ended. That is, when we became much safer as opposed to when we might have faced a new enemy.

Absent the pretext of the Soviet threat, the thinking goes, how will we justify the expanding military and national security state? Powell says of the trumped up Soviet “threat” in no uncertain terms, “we’ve got a good thing going here.” The system – the “whole structure,” as he calls it, far from aiming to eliminate threats, “depended on there being a Soviet Union that might attack us.”

Al-Qaeda’s unlikely success on 9/11 helped change all that, and ever since, Washington has had a bogeyman to help justify expanding the warfare state.

In the March/April 2012 issue of Foreign Affairs magazine, Micah Zenko and Michael A. Cohen argue that we have a system that fuels unnecessary alarm and paranoia. “Warnings about a dangerous world also benefit powerful bureaucratic interests,” they write. “The specter of looming dangers sustains and justifies the massive budgets of the military and the intelligence agencies, along with the national security infrastructure that exists outside government — defense contractors, lobbying groups, think tanks, and academic departments.”

With any luck, the pleadings of the highest Pentagon officials won’t be heeded and AUMF can, as it should, be repealed. Unfortunately, that is not at all likely.

99 thoughts on “AUMF, Never-Ending War, and America’s ‘Instruments of Tyranny’”