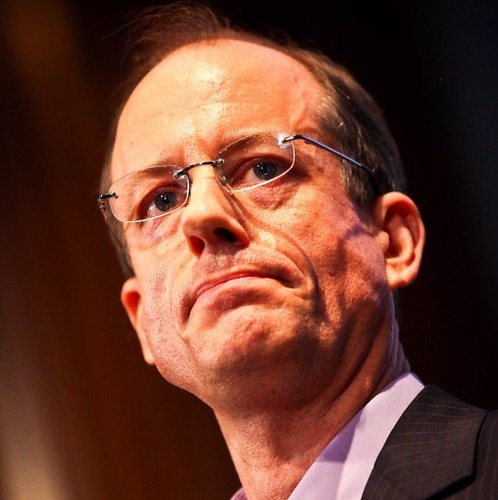 In an interview with The Daily Caller, NSA Whistleblower Thomas Drake the Obama administration’s targeting of journalists, their sources, and government whistleblowers is an attack on the First Amendment.

“[R]eporters have shared with me privately that some of their most trusted sources within government are increasingly afraid to speak with them, even off-the-record, for fear that they will be monitored and surveilled,” Thomas Drake, a former senior executive of the National Security Agency and a whistleblower who was prosecuted by the Obama administration, told The Daily Caller in an exclusive interview.

Drake explained to TheDC that he sees a “soft tyranny” enveloping the United States through the federal government’s targeting of journalists and their sources.

Drake accurately describes himself as someone who “became a criminal and was labeled an enemy of the state because I was calling out government wrongdoing and illegality.” Someone that has gone through that experience can be expected, at this point, to be calling out the Obama administration attacks on press freedoms.

But consider what CBS’s Bob Schiefer, your run of the mill, toe-the-line, stenographic broadcast “reporter,” – hardly a brave dissident like Drake – said about Obama’s cold disdain for the press (via Kevin Gosztola):

People often ask me, of all the administrations you’ve covered which was the most secretive and manipulative? The Nixon administration retired the trophy, of course. Since then my answer is whichever administration is currently in power. Information management has become so sophisticated every administration learns from the previous one, each finds new ways to control the flow of information. It’s reached the point that if I want to interview anyone in the administration on camera, from the lowest-level worker to a White House official, I have to go through the White House press office.

As Glenn Greenwald pointed out last week, this “establishes a standard where the only information the public can learn is what the U.S. government wants it to know, which is another way of saying that a classic propaganda model has been created.”

12 thoughts on “NSA Whistleblower: Obama’s Attacks on the Press Indicate a ‘Soft Tyranny’”