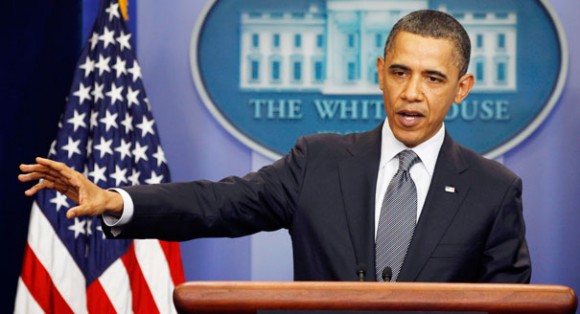 National security reporter Josh Rogin published a big scoop on Syria yesterday: “The White House has asked the Pentagon to draw up plans for a no-fly zone inside Syria.”

According to one administration official, “The White House is still in contemplation mode but the planning is moving forward and it’s more advanced than it’s ever been.”

Haven’t we been seeing these headlines warning of a U.S. war in Syria ‘any minute now’ for a long time? About a month ago, The Washington Post reported “President Obama is preparing to send lethal weaponry to the Syrian opposition and has taken steps to assert more aggressive U.S. leadership among allies and partners seeking the ouster of President Bashar al-Assad.” People thought the final straw had broken the camel’s back. I thought, ‘I’ve heard that before.’

David Kenner at Foreign Policy provides a short round-up of such dire “scoops” going back more than a year ago:

Dec. 3, 2012: “The White House has been loath to make a direct intervention in Syria but clearly indicated Monday that the use of chemical weapons could change the equation.”-AFP

Nov. 28, 2012: “The Obama administration, hoping that the conflict in Syria has reached a turning point, is considering deeper intervention to help push President Bashar al-Assad from power.” –New York Times

As I’ve consistently argued, the Obama administration’s policy of indirectly arming the rebels through Saudi Arabia and Qatar and meddling in neighboring Iraq, Jordan, and Turkey has worsened the situation considerably. But the rather obvious reluctance to get involved in Syria militarily arises out of a sober reckoning of stark realities which have yet to change. And therefore, there has been little to no change in actual policy.

To get a better idea of where the Obama administration is on Syria, we’d do better to ignore such sensational media headlines and pay close attention to what administration officials and their public advisers say. The President himself has stated U.S. military intervention “could trigger even worse violence,” adding that, “We are not going to be able to control every aspect of every transition and transformation” in conflicts around the world.

Obama’s chief of staff and foreign policy adviser Denis McDonough told The Washington Post this week that, “the reason that the president is being very discerning about how we react to the situation in Syria” has “very much to do with the president’s humility in recognizing the challenges of intervention in this region of the world, which is shown, I think in stark relief, with the situation in its neighbor — namely, Iraq.”

On arming the rebels, a senior White House official told The New Yorker‘s Dexter Filkins earlier this month, “If we’re not careful about who gets weapons, we’ll be cleaning that up for years. We saw that movie in Afghanistan.”

“In Syria, the regime-controlled areas are interspersed with the rebel-controlled areas, so a no-fly zone is not going to stop the killing,’’ [Benjamin] Rhodes [Obama’s deputy national-security adviser] told Filkins. “Once the violence became sectarian, you can’t cover every neighborhood from the air.” And, “What happens when the rebels keep losing?’’ a senior defense official asked reporter Dexter Filkins rhetorically. “What happens when civilians keep getting killed? They will ask us to do more. And we’ll already be in. We will be invested in an outcome.”

Robert Gates, former Obama administration official, told CBS earlier this month that intervention in Syria would be “a mistake.” Summing it up nicely, he asked “Why should it be us” that intervene?

Zbigniew Brzezinski, former Carter adviser who has been known to advise the Obama administration on foreign policy, wrote in Time magazine earlier this month that a U.S. intervention “would simply make the situation worse,” and that, “none of the proposals would result in an outcome strategically beneficial for the U.S.”

The realities on the ground which have led Obama to conclude that a U.S. war would be too costly and conspicuously ineffective have not changed. The administration probably leaks out these scary headlines of impending U.S. action to the American press in order to frighten the Assad regime into cooperating in the Geneva negotiations planned for next month.

The pressure on the administration to intervene is increasing by the day, and it could conceivably work, eventually. But for now, the same scary headlines we’ve been seeing for more than a year should be taken with a grain of salt.