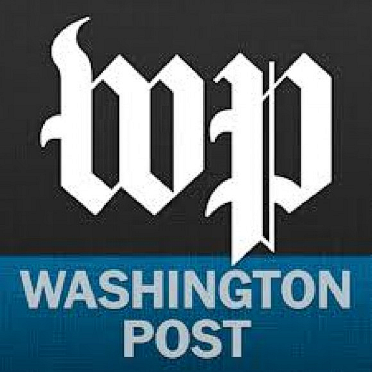 It’s always amusing when one hears talk about The Washington Post being part of the liberal mainstream media conspiracy. The 136-year-old newspaper, known for its breaking of “Watergate” and subsequent downfall of President Richard N. Nixon in the 1970’s, is hardly “liberal,” nor “progressive” today, but straight down-the-middle establishment, and its editorial page baldly hawkish. There are zillions of examples, and today’s endorsement of new presidential powers to execute an ongoing global war on terror, is no exception.

In today’s lead editorial, the paper came out in favor of a Lawfare.com-generated proposal to turn the Authorized Use of Military Force (AUMF) into an a la carte kill list hand-picked by the Executive Branch, “in consultation” with congress. Just think of the State Department’s list of state sponsored terrorists, only instead of sanctions and frozen assets, members of the new AUMF fraternity would be “targeted for termination,” the predator drones and U.S special forces taking the place of Arnold Schwarzenegger’s cyborg assassin, anywhere they operate, across the globe. As I wrote in a recent Antiwar.com piece:

Here is what the current State Department list of designated terrorist organizations looks like today. The first thing that comes to mind when suggesting a similar template for the use of military force is the politics, which would be inevitable when you are inviting various levels of bureaucracy and congress to participate in designating targets. Take the recent State Department de-listing of the Mujahedin e-Khalq (MEK), which came after an audacious public relations blitz that involved millions in shadowy money, A-list campaigners and spokespersons, and a guerilla media war. Is this the kind of theater we are to expect as new terror groups cross the radar of competing Washington interests, or will groups pop on and off with little notice (until of course, their “associates” are flattened one day by a hellfire missile from the sky)?

As John Glaser pointed out in an earlier post, the Lawfare gang is a collection of Bush-era types who are enjoying a bit of popularity with hawks on the Hill, like Sens. John McCain and Carl Levin, who also want to “update” the AUMF. Luckily, there are cooler heads at Lawfare.com who like the idea of letting the AUMF expire, and think the President’s inherent powers under Article II are enough to wage war on new enemies as they come along. That seemed to be President Obama’s gist (but with him we never know) when he suggested the AUMF would ultimately be repealed and that he “will not sign laws designed to expand this mandate further.”

The Post, on the other hand, is not happy. “…there’s a danger that dropping the AUMF — as opposed to tailoring it to the new conditions Mr. Obama described — will result in less restraint on presidential power, not more,” the paper argued, relying on a brief by Lawfare’s Jack Goldsmith, who said that using Article II to wage the war on terror “would be an unprecedented expansion of [presidential] authority.”

Sounds to me that it would be an exploitation of his powers rather than an expansion, since he already has the authority. Plus, other legal scholars argue that if Article II were his only authority for waging war, the Executive would be more wary of abusing it. From Georgetown’s Rosa Brooks:

With or without the 2001 AUMF, no one seriously doubts that the president has inherent constitutional authority (and international law authority) to use force when necessary to prevent imminent and grave harm to the United States. But the key concepts there are “necessary,” “imminent,” and “grave,” which means that unilateral, non-congressionally authorized uses of force should be reserved for rare and unusual circumstances — as indeed they have been, for most of U.S. history…

That doesn’t seem enough for The Post, which actually argues that despite it’s own support for closing the Guantanamo Bay prison facility, a repeal of the AUMF might  “complicate the future military detention of terror suspects — such as the Obama administration’s holding of a Somali militant on a U.S. warship prior to his transfer to the civilian justice system [what? No more torturing in international waters?]

“While Mr. Obama insists that he prefers capturing to killing terror suspects, there have been few such arrests on his watch,” the paper adds. “A modifed military detention system with appropriate checks and balances could make them more possible.”

Like the Lawfare gang, The Post’s arguments for a new AUMF all depend on some transparent, effective, honest government system that does not exist. They’ve had 11 years to engage the levers of “checks and balances,” to “modify” methods and policies that don’t work. Time to face reality.

But it sounds, unlike much of America outside the Beltway Bubble, The Post is loathe to let the GWOT go, and has taken up the pretzel-logical torch of McCain and Levin and others on the Hill.  They are trying to say  that expiring the AUMF would be an “expansion” of powers, while creating a new one would amount to a “restriction” or “limitation” on runaway presidential authority. Good lord.

The truly scary thing is that the paper is an establishment canary that doesn’t sing unless it’s got some sense of back-up among the power elite in Washington. This will be an interesting debate to follow, for sure.