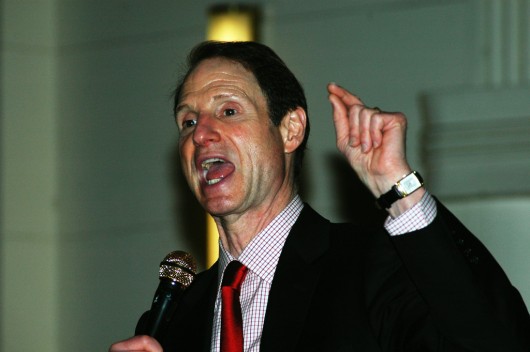 This isn’t much positive to say about the virtues of Congressional oversight in the aftermath of Edward Snowden’s leaks of the NSA’s vast domestic surveillance apparatus. Congress has been little more than an active participant in the systematic violation of Americans’ rights and privacy.

But as I wrote in a recent piece at The Huffington Post, there is a growing opposition to broad NSA surveillance from people on both sides of America’s terribly narrow political spectrum. The press reports on this issue, most notably from the Guardian’s Glenn Greenwald, have sparked a public reaction that is being reflected in Congress, in however limited a way.

Over at the ACLU’s blog, Michelle Richardson claims “a civil-libertarian energy is stirring” in Congress and provides a list of “six bipartisan pieces of legislation to rollback NSA spying [that] have been introduced” in the last three weeks.

This is really a testament to the effectiveness of Snowden’s leaks and Greenwald’s reporting. Many of these proposals are half-measures that would do little to penetrate the executive branch’s unconstitutional intelligence apparatus as a whole. But they are something, and are worth following for anyone inclined to call their representatives to urge support of these attempts to rein in domestic spying.

18 thoughts on “Is Congress Beginning to Rein in NSA Spying?”