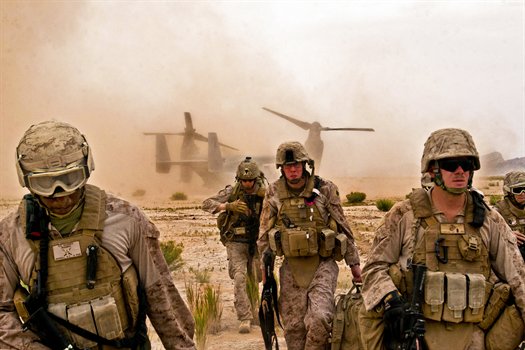 Most of the civilian casualties, according to the report, came from what are called “Anti-Government Elements” (74 percent). But civilian casualties by U.S.-NATO forces can be hard to substantiate when these authorities flatly deny accusations.

Months after loudly dismissing the allegations of Wardak civilians that U.S. Special Forces have been kidnapping, torturing and killing them, the U.S. Army has announced that it has begun a new investigation into the claim[s] under orders from Gen. Dunford, the commander for troops in occupied Afghanistan.

Afghan officials loudly demanded the U.S. withdraw from Wardak Province over the allegations in February, but quickly dropped the demand when NATO insisted the allegations were false.

The issue didn’t die down, however, as civilian bodies kept being found outside the U.S. base and a tape eventually emerged showing the torture of a local civilian, whose body was later found in a ditch near the base.

In any case, the question of how to put an end to the suffering of Afghan civilians is more and more pertinent as casualties increase. Hawks in Washington insist U.S. forces stay in there, continue the nation-building project, and beat back the insurgency. That’ll do it, right!?

No. A decade of doing exactly that with worsening results should indicate as much. The Kabul government we’re propping up is weak. The Afghan army is feeble and untenable. And the insurgency is alive and well after years of counter-insurgency.

Pentagon sources say the “zero option” of withdrawing all U.S. troops in 2014 that has floated into the press in recent weeks is off the table. That means the military occupation of Afghanistan and the propping up of this corrupt and decrepit government will continue, as planned, until about 2024. This means the armed insurgency will also continue for another decade, which therefore means Afghan civilians will continue to suffer – seemingly indefinitely. They largely have America to thank for it.

At this point, the obstinate continuation of the war parallels the perpetuation of the Vietnam War. The Pentagon Papers proved what had been long suspected, that the horrible, murderous war was kept going primarily for the sake of the political reputation of the leadership in Washington. They didn’t want to “lose” a war. So they lied to Americans about how important “victory” was and how achievable it was.

There is no victory in Afghanistan. The “zero option” is the only option: get out fast.

19 thoughts on “Civilian Casualties Increase 23% in Afghanistan, the Purposeless and Never-Ending War”