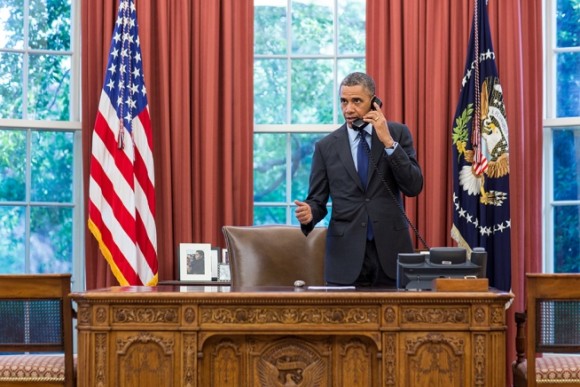 The calls for U.S. military intervention in Syria’s civil war are growing louder and louder amidst allegations that the Assad regime has used chemical weapons, killing hundreds of people. The use of chemical weapons is beyond the pale, we’re told, and must be met with force to show Assad and the world that it is unacceptable.

But it’s important to remember that Washington doesn’t view the use of chemical weapons as unacceptable always and everywhere. The U.S. supported Saddam Hussein’s Iraq in its war against Iran throughout the 1980s, even as they knew Saddam was deploying chemical weapons on a scale far more devastating than anything seen in Syria to date. Indeed, it isn’t enough to say that we supported Hussein while he was deploying chemical weapons; we supplied him with intelligence about what Iranian targets to hit with the expectation that he would attack with chemical weapons. We then proceeded to block Iranian attempts to bring a case against Iraq to the United Nations.

In 1988, during the waning days of Iraq’s war with Iran, the United States learned through satellite imagery that Iran was about to gain a major strategic advantage by exploiting a hole in Iraqi defenses. U.S. intelligence officials conveyed the location of the Iranian troops to Iraq, fully aware that Hussein’s military would attack with chemical weapons, including sarin, a lethal nerve agent.

The intelligence included imagery and maps about Iranian troop movements, as well as the locations of Iranian logistics facilities and details about Iranian air defenses. The Iraqis used mustard gas and sarin prior to four major offensives in early 1988 that relied on U.S. satellite imagery, maps, and other intelligence. These attacks helped to tilt the war in Iraq’s favor and bring Iran to the negotiating table, and they ensured that the Reagan administration’s long-standing policy of securing an Iraqi victory would succeed. But they were also the last in a series of chemical strikes stretching back several years that the Reagan administration knew about and didn’t disclose.

U.S. officials have long denied acquiescing to Iraqi chemical attacks, insisting that Hussein’s government never announced he was going to use the weapons. But retired Air Force Col. Rick Francona, who was a military attaché in Baghdad during the 1988 strikes, paints a different picture.

“The Iraqis never told us that they intended to use nerve gas. They didn’t have to. We already knew,” he told Foreign Policy.

According to recently declassified CIA documents and interviews with former intelligence officials like Francona, the U.S. had firm evidence of Iraqi chemical attacks beginning in 1983. At the time, Iran was publicly alleging that illegal chemical attacks were carried out on its forces, and was building a case to present to the United Nations. But it lacked the evidence implicating Iraq, much of which was contained in top secret reports and memoranda sent to the most senior intelligence officials in the U.S. government.

Foreign Policy presents the information here as an exclusive revelation not known before. But Francona spoke to the press about this as far back as 2002. The Guardian reported then that not only did the U.S. know about Iraq’s “daily” use of chemical weapons, but it even supplied Hussein with “vital ingredients for chemical weapons.”

The US provided [Iraq] less conventional military equipment than British or German companies but it did allow the export of biological agents, including anthrax; vital ingredients for chemical weapons; and cluster bombs sold by a CIA front organisation in Chile, the report says.

Intelligence on Iranian troop movements was provided, despite detailed knowledge of Iraq’s use of nerve gas.

Rick Francona, an ex-army intelligence lieutenant-colonel who served in the US embassy in Baghdad in 1987 and 1988, told the Guardian: “We believed the Iraqis were using mustard gas all through the war, but that was not as sinister as nerve gas.

“They started using tabun [a nerve gas] as early as ’83 or ’84, but in a very limited way. They were probably figuring out how to use it. And in ’88, they developed sarin.”

On November 1 1983, the secretary of state, George Shultz, was passed intelligence reports of “almost daily use of CW [chemical weapons]” by Iraq.

Beyond the historical hypocrisy on this issue, there are other indications readily available that suggest the excitement over chemical weapons use in Syria isn’t entirely rational or honest. To begin with, the estimates for total number of dead in the Syrian war go as high as 100,000. The current allegations are that 355 people were killed by the Syrian military’s use of chemical weapons. How does it make sense to inch towards all out war on the basis of .003 percent of the total deaths in the war?

I tried to explain that and other things in my latest piece at The Washington Times, in which I argued that chemical weapons use in Syria should do nothing to alter the case for U.S. intervention. The truth is, a U.S. intervention would almost certainly be worse, from a humanitarian and strategic perspective, than if the latest allegations are confirmed.

That’s still the case, and the American people agree. “Americans strongly oppose U.S. intervention in Syria’s civil war and believe Washington should stay out of the conflict even if reports that Syria’s government used deadly chemicals to attack civilians are confirmed,” Reuters reports using data from a recent poll (emphasis mine).

30 thoughts on “US Supported Iraq’s Use of Chemical Weapons, Even As It Inches to War With Syria on Lesser Allegations”