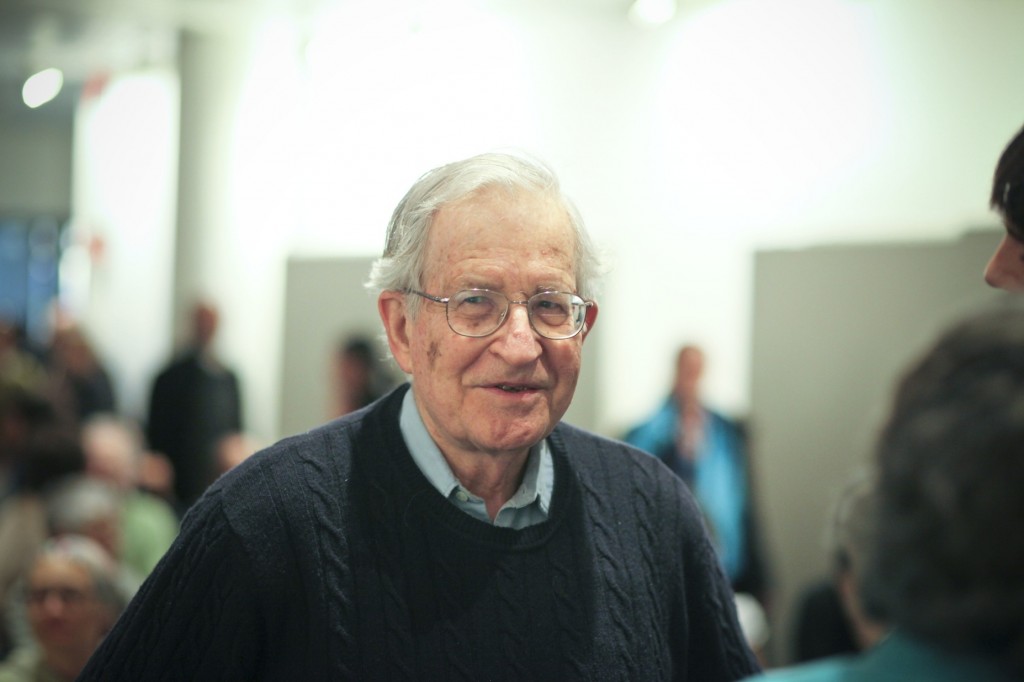 The following is an excerpt from Democracy Now, in which Noam Chomsky responds to Obama’s Tuesday night Syria speech:

“Well, the Russian plan is a godsend for Obama. It saves him from what would look like a very serious political defeat. He has not been able to obtain virtually any international support for this—the action he’s contemplating. Even Britain wouldn’t support it. And it looked as though Congress wasn’t going to support it either, which would leave him completely out on a limb. This leaves him a way out.

“He can maintain the threat of force, which incidentally is a crime under international law, that we should bear in mind that the core principle of the United Nations Charter bars the threat or use of force, threat or use of force. So all of this is criminal, to begin with, but he’ll continue with that. The United States is a rogue state. It doesn’t pay any attention to international law.

“The other things that he said were not unusual, but nevertheless kind of shocking to anyone not familiar with U.S. political discourse, at least. So he described the United—he said that for seven decades the United States has been “the anchor of global security.” Really? Seven decades? That includes, for example, just 40 years ago today, when the United States played a major role in overthrowing the parliamentary democracy of Chile and imposing a brutal dictatorship, called “the first 9/11” in Latin America. Go back earlier years, overthrowing the parliamentary system in Iran, imposing a dictatorship; same in Guatemala a year later; attacking Indochina, the worst crime in the postwar period, killing millions of people; attacking Central America; killing—involved in killing—in imposing a dictatorship in the Congo; and invading Iraq—on and on. That’s stability? I mean, that a Harvard Law School graduate can pronounce those words is pretty amazing, as is the fact that they’re accepted without comment.

“So what he said is I’m going to lie like a trooper about history; I’m going to suppress the U.S. role, the actual U.S. role, for the last seven decades; I’m going to maintain the threat of force, which is of course illegal; and I’m going to ensure that the chemical weapons convention is not imposed on the region, because our ally, Israel, would be subjected to it. And I think those are some of the main points of his address.

“It’s kind of astonishing. I mean, by now it’s hard to be astonished, but it should be astonishing that a president of the United States, who is furthermore a constitutional lawyer or a graduate of Harvard Law School, can say things like this, in the full knowledge that the facts are exactly the opposite, radically the opposite. And there are millions and millions of victims who can testify to that. Right today is—happens to be an important date, the 40th anniversary of the overthrow of the parliamentary democracy of Chile, with substantial U.S. aid, because we insisted on having a vicious dictatorship, which became a major international terror center with our support, rather than allowing a Democratic Socialist government. Well, that’s—these are some of the realities of the world. Now, the picture that the president presented is—it doesn’t even merit the name fairy tale.”

15 thoughts on “Chomsky on Syria: The Idea That the US Enforces International Law is ‘Hardly Even a Joke’”