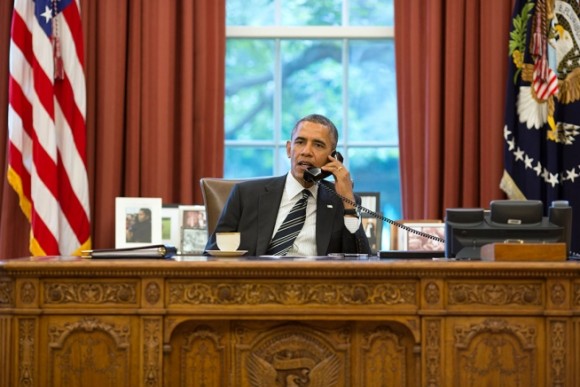 President Obama’s October 9th decision to suspend millions of dollars in U.S. military aid to Egypt came after two years of intense public pressure following Mubarak’s ouster. In all likelihood, however, it is probably a temporary scheme to avoid further public allegations that Obama supports the dictatorial coup regime in Egypt.

But it may have been even more cynical than that. One of the biggest problems with U.S. military aid to Egypt is the small arms and riot gear that security forces use to disperse crowds of peaceful protesters or crack down more generally on the population’s democratic ambitions. This type of aid may not be included in the suspension, but it’s hard to know because unless the arms transfer is a multi-million dollar war plane,  they often are not even publicly disclosed.

Amnesty International lays out what Obama needs to do for the suspension of Egypt aid to actually mean something. Geoffrey Mock says “It’s time to ensure that Egyptian human rights violations don’t come labeled ‘Made in the USA.,'” and lists recommendations Amnesty has sent in a letter to the White House.

Mock also worries about the potential that “U.S. arms sales quietly resume months down the road with no real changes in the behavior and accountability of Egyptian security forces.”

I see that as likely. But I also don’t think the current crop of political elites in Washington should be able to get away with the several decades of military and economic support for a brutal political system in Egypt. Unless you want to, ya know, look forward and not back.