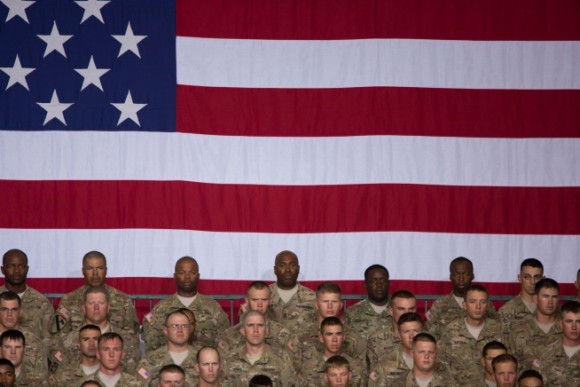 The following day, Human Rights Watch issued a statement urging an official investigation, but noted that “the U.S. has a meager record of investigating and prosecuting human rights abuses allegedly committed by its forces during its 12-year military presence in Afghanistan.”

Today, Reuters reports on the hard evidence that the U.S. has deliberately rebuffed efforts to investigate these murders:

Afghanistan’s intelligence service has abandoned its investigation into the murder of a group of civilians after being refused access to U.S. special forces soldiers suspected of involvement, according to a document obtained by Reuters.

…In the report authored by Afghanistan’s National Directorate of Security (NDS) intelligence agency, investigators said they had asked the United States for access to three U.S. Green Berets and four Afghan translators working with them but were rebuffed.

“Despite many requests by NDS they have not cooperated. Without their cooperation this process cannot be completed,” said the report, which was originally published on September 23.

Needless to say, it’s hard to investigate a crime committed by American forces in Afghanistan if the U.S. refuses to cooperate.

But even when investigations do occur, U.S. soldiers typically get off easy. Eight of the nine U.S. soldiers charged with the 2005 massacre of 24 Iraqi men, women, and children in Haditha, Iraq were not convicted. Staff Sgt. Frank Wuterich, who was charged with leading the slaughter, was convicted in a plea bargain of a single count of “dereliction of duty.” He was demoted to the rank of private and will serve no jail time.

The “Kill Team” in Afghanistan, the army unit that planned and committed executions of multiple innocent, unarmed Afghan civilians, framing the dead as having been a threat, and mutilating their corpses as trophies received light sentences as well. All but the ringleader of the Kill Team received reduced sentences and are eligible for parole in a handful of years. Even the ringleader, described as evil by one of the other defendants, was sentenced to life in prison, but could be eligible for parole in less than 10 years.

A State Department diplomatic cable released by WikiLeaks revealed that U.S. forces committed a heinous war crime during a house raid in Iraq in 2006, wherein one man, four women, two children, and three infants were summarily executed. Not a single American soldier was prosecuted and no investigation was initiated.

In one notable and comparable incident in February of 2010, U.S. Special Operations Forces surrounded a house in a village in the Paktia Province in Afghanistan. Two civilian men exited the home to ask why they had been surrounded and were shot and killed. U.S. forces then shot and killed three female relatives (a pregnant mother of ten, a pregnant mother of six, and a teenager).

U.S. troops lied and tampered with the evidence at the scene. Investigations eventually forced the Pentagon to issue an apology, but none of the soldiers were charged with a crime.

Most of these incidents were revealed to the public because of intrepid journalism and they almost certainly represent a tiny minority of the U.S. crimes committed in Iraq and Afghanistan with impunity.