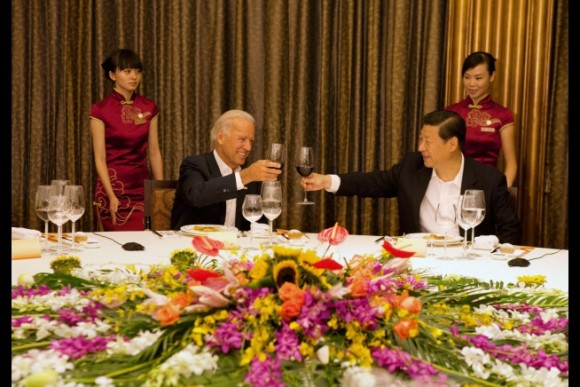 Writing at The Diplomat, Zheng Wang, an Associate Professor of Diplomacy and International Relations at Seton Hall University and a Fellow at the Woodrow Wilson International Center for Scholars, paints a gloomy picture of the recent heightened tensions in the East China Sea:

The clock starts ticking for the next crisis. With China’s announcement of the Air Defense Identification Zone (ADIZ) over the East China Sea and the strong response from Japan, the United States and several other countries, tensions in East Asia are mounting. Since the crisis over the Diaoyu/Senkaku Islands in September 2012, both China and Japan have begun to conduct frequent air and marine patrols in the Diaoyu/Senkakus area. With the flyby of the American B-52s, the area around these tiny islands has become a zone of tension with high probability of an accident and subsequent conflict. Just like the EP-3 collision incident between the US and China in 2001, if states continue to play this game of chicken, then an accident is inevitable. As anyone who studies East Asian international relations knows, a small accident between China and Japan could immediately escalate into a major crisis and even military conflict.

In order to avoid what is a real danger of conflict breaking out, Wang suggests a temporary deal to establish a “zone of peace” in the East China Sea. “If they want to avoid conflict,” Wang writes, “especially one arising from a small incident, they should take measures to decrease the likelihood of such accidents through using tools such as the zone of peace.”

China and Japan could agree not to send any official or military aircraft, vessels, and personnel into this zone for an agreed upon period of time, such as two years, as a means to avoid accidental incidents and conflict. The zone’s size could be decided upon by these countries, perhaps 12 nautical miles surrounding each of the small islands. This zone of peace would only be a temporary arrangement; it would not nullify the territorial claims that each side has maintained.

While that sounds like a fair interim deal to ease tensions, I tend to think there is a simpler long-term solution. As I’ve written and demonstrated numerous times at this blog, U.S. support for countries like Japan, South Korea, and the Philippines are exacerbating the tensions in the region. When the world’s only superpower explicitly vows that it will come to your defense in any conflict, it tends to embolden hardline, nationalistic postures.

There is no guarantee that an absence of U.S. meddling would eliminate the possibility of a clash between China and its neighboring rivals, but the least Washington could do is refrain from inflaming these disputes. Simply put, the U.S. has no business getting involved the regional squabbles in the East and South China Seas. The only reason it’s thought to be any of our business in the first place is because the Asia Pacific is a region Washington has tried to dominate for decades, as it dominates its own Western hemisphere.

In a sense, the real clash here is not between China and Japan, or China and the Philippines, but rather between China and the U.S. The U.S. is the global hegemon and “China,” as Andrew J. Nathan and Andrew Scobell have written in Foreign Affairs, “is the only country widely seen as a possible threat to U.S. predominance.”

In thinking of ways to solve this and other problems, letting go of hegemony as a stated goal of U.S. foreign policy would be a start.

4 thoughts on “How to Avoid Conflict in the Asia-Pacific”