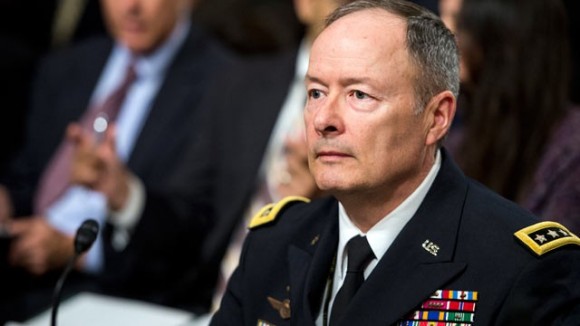 The California state senate is considering what is perhaps the coolest piece of legislation in modern America. The bill, introduced by Democrat Ted Lieu and Republican Joel Anderson, would ban all of California from providing “material support” — access to water and electricity — to any NSA facilities inside or outside the state. This could be a huge problem considering that the NSA’s new data center in Utah, for example, requires 1.7 million gallons of water every single day just to stay up and running.

“State-funded public resources should not be going toward aiding the NSA or any other federal agency from indiscriminate spying on its own citizens and gathering electronic or metadata that violates the Fourth Amendment,” the bill’s co-author California state Sen. Ted Lieu, said in a statement.

If the bill becomes law, private companies will be sanctioned to provide the NSA with these essential utility services.

Lieu added that the NSA’s surveillance programs pose “a clear and present danger to our liberties.” He said, “The last time the federal government massively violated the U.S. Constitution, over 100,000 innocent Americans were rounded up and interned,” referring to the sordid history of Japanese internment in the U.S.

Republican state Sen. Joel Anderson co-wrote the bill with Lieu. “I support this bill because I support the Constitution, our Fourth Amendment rights, and our freedoms to live in the United States of America,” he said.

News of the bill is refreshing for two reasons. First of all, if state legislatures can summon the will to brazenly defy the NSA like this, than much of my political cynicism is misplaced. Secondly, this is yet another illustration of the bipartisan skepticism of what DC District Court Judge Richard Leon called the NSA’s “Orwellian” programs of constitutional transgression. At the federal level, too, there continues to be cooperation among Republicans like Rand Paul and Justin Amash as well as Democrats like Ron Wyden and Mark Udall to at least truncate the current spying power of the NSA.

With some luck, this bill will pass. And then, I wonder, what will the NSA do with their facilities?