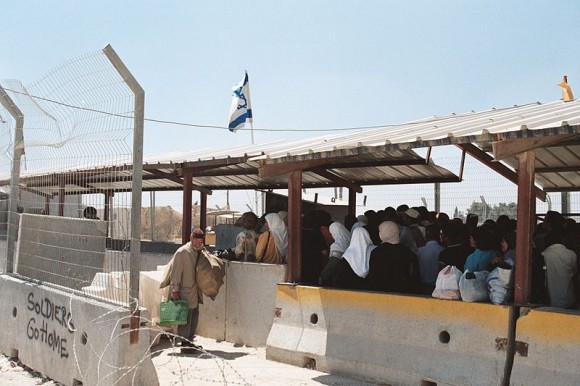 Amnesty International came out with a report last week documenting cases of abuse and killings by the Israeli army in the West Bank over the time period of January 2011 to December 2013.

The report documents “the killings of 22 Palestinian civilians in the West Bank,” mostly “young adults under the age of 25.” Amnesty reports that “261 Palestinians, including 67 children, have been seriously injured by live ammunition fired by Israeli forces in the West Bank” and “more than 8,000, including 1,500 children – have been wounded by other means” during the period in question.

Israeli forces have displayed a callous disregard for human life by killing dozens of Palestinian civilians, including children, in the occupied West Bank over the past three years with near total impunity, said Amnesty International in a report published today.

The report, Trigger-happy: Israel’s use of excessive force in the West Bank, describes mounting bloodshed and human rights abuses in the Occupied Palestinian Territories (OPT) as a result of the Israeli forces’ use of unnecessary, arbitrary and brutal force against Palestinians since January 2011.

In all cases examined by Amnesty International, Palestinians killed by Israeli soldiers did not appear to be posing a direct and immediate threat to life. In some, there is evidence that they were victims of wilful killings, which would amount to war crimes.

The report warns that there is near-total impunity for such abuse and killings, noting “a pattern of war crimes and other serious violations of international law – both international humanitarian law and international human rights law – committed by Israeli military and security forces since they occupied the West Bank, including East Jerusalem, and the Gaza Strip in 1967.”

In a separate report from the UN’s Committee on the Elimination of Racial Discrimination (CERD), condemns Israel for increasing restrictions on equality and freedom for Palestinians both inside Israel and in the occupied West Bank, serving as a detailed description of an apartheid system. The report condemns Israel for “maintain[ing] Jewish and non-Jewish sectors…[including] two systems of education…as well as separate municipalities: Jewish municipalities and the so-called ‘municipalities of the minorities.'” It also condemns the situation in the West Bank: “two groups, who live on the same territory but do not enjoy either equal use of roads and infrastructure or equal access to basic services and water resources.” It urges Israel to “to make every effort to eradicate all forms of segregation between Jewish and non-Jewish communities.”