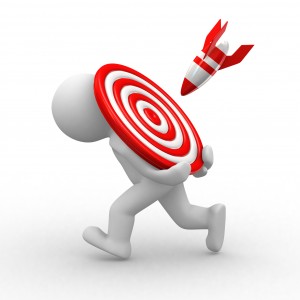 The state is the archenemy of the individual, as has been demonstrated by libertarian state analysts from Herbert Spencer (Man Vs. State) to Albert Jay Nock (Our Enemy, the State) to Murray Rothbard (Anatomy of the State). However, it is not only our chief enemy, it is also our chief maker of enemies. The parasitic state is not only perpetually at odds with us, but it is constantly setting us at odds with others. It is not only a millstone around our necks, but a target.

States make enemies on behalf of its subjects, primarily because threats make it easier to marshall support from the frightened and indignant public for expansions of its power, both home and abroad. This is agreed upon both by opponents and practitioners of this policy. Rothbard wrote that:

…the State has for centuries used the “foreign threat” to aggrandize its power over its deluded subjects.

“…war and a phony “external threat” have long been the chief means by which the state wins back the loyalty of its subjects.”

And the leading Nazi Hermann Göring stated at the Nuremburg Trials that:

“…it is the leaders of the country who determine the policy and it is always a simple matter to drag the people along, whether it is a democracy or a fascist dictatorship or a Parliament or a Communist dictatorship.(…) …voice or no voice, the people can always be brought to the bidding of the leaders. That is easy. All you have to do is tell them they are being attacked…”

This aspect of the state has been especially important in recent news. The bourgeoning Islamic State, or ISIS, seems straight out of super villain central casting. And when the political class isn’t panicking over ISIS, it is scaremongering over the “imperial designs” of Vladimir Putin.

There are real dangers to Americans involved with both ISIS and Putin, but it is absolutely vital to realize that the ultimate wellspring of both of these dangers is our own state: the very one supposedly tasked with defending us from them. It is primarily the most powerful state in the world?—?the global hegemon headquartered in Washington, D.C.—that is putting our families and communities in danger of Islamic terrorism and Russian nukes.

Tyranny and war both breed fanaticism; of course arming and training fanaticsdoes too. The U.S. and its regional allies have been the biggest supporters of fanaticism in the Muslim world in all three regards.

ISIS could not even operate in, much less conquer from, the Sunni triangle of Iraq without at least some degree of acquiescence from the local population. The shell-shocked Sunni population only tolerates such madmen because they consider them useful in throwing off and keeping off the yoke of the U.S.-sponsored sectarian Shia government in Baghdad, which is even more horrendous to them (it has been known to apply power drills to the heads of its Sunni victims) than theocratic terrorists. If the U.S. government cared about the security of Americans more than its power in the region, it would pull out of Iraq entirely—foreign aid, embassy, CIA, and all—and leave the Baghdad regime to its own devices. Only then would it be motivated to come to a mutually tolerable understanding with the Sunnis. And only such an understanding would cause the Sunni tribal leaders to turn their backs on ISIS. That would be the only way to “drain the swamp” (to use George W. Bush’s phrase) in which ISIS terrorism breeds. However, the U.S. government seems hellbent on flooding that swamp, as its policy in Syria indicates.

ISIS could not have staged its initial conquest of northwestern Iraq had the U.S. and its allies not propped up the jihadist-filled rebellion of wannabe-rulers in Syria, which let much of it become a safe haven for ISIS, which was taking part in the rebellion. The U.S.-sponsored regimes in Saudi Arabia, Qatar, Jordan, and Turkey—even the U.S. itself—directly supported Sunni radical rebels in Syria, like those that fill the ranks of ISIS. And that is only the U.S. role in ISIS’s most recent growth spurt. The chaotic American invasion of Iraq is what fostered ISIS’s initial emergence as “Al Qaeda in Iraq,” out of a tiny, marginal band of followers of Abu Musab al-Zarqawi.

U.S. interventions in Libya, Yemen, and Somalia have been followed by those countries also transforming into hotbeds of jihadism. In Libya, the swamp was flooded by supporting jihadists there too. In Yemen and Somalia, the swamp was flooded through drone, tomahawk missile, and special forces campaigns with high civilian casualties, and through supporting brutal rulers and, in the case of Somalia, a foreign invasion. Even the Taliban has expanded beyond its pre-9/11 stomping grounds.

The War on Terror, including its “humanitarian” and “smart power” extension under Obama, has in effect been nothing more than a terrorist cultivation program. When the U.S. and its proxies are not supporting jihadists, they are making new jihadists through the radicalizing effect of their brutalities, which, as John Stockwell put it:

…leave behind, for each one of the dead, perhaps five loved ones who are now traumatically conditioned to violence and hostility toward the United States.

It is like when Mickey Mouse, in The Sorcerer’s Apprentice, hacked to pieces a pesky living broom he had conjured. Each splinter then became a new broom, turning his predicament into an overwhelming crisis. Similarly, the War on Terror has only made more enemies for us for every foreigner it kills, maims, and tortures. At the rate that American foreign policy is going, it may only be a matter of months before we are again struck by a major terrorist attack.

Terrorist enemies are bad enough. But the biggest danger they pose to us is not in the direct damage they inflict on our persons and property, but in their capacity to terrorize us into giving our own government license to bankrupt us by expanding the warfare state and crush us under its heel by expanding the police state. Indeed, that has been the bin Laden game plan all along.

The matter is somewhat different when our government picks fights on our behalf with massive nuclear powers, as Washington did with Russia all throughout the Cold War. Such cases can also result in bankruptcy and domestic tyranny; but they also involve flirting with nuclear holocaust.

When Moscow abandoned revolutionary communism and dissolved both the Warsaw Pact and the Soviet Union itself, the U.S. had no excuse to maintain NATO, much less expand it. Yet, it subsequently expanded that military alliance all the way to Russia’s border, a policy which even George Kennan, the grand old man of the Cold War, said would be, “the most fateful error of American policy in the entire post-cold-war era.”

Moscow explicitly warned Washington that pulling Ukraine into NATO’s orbit would be a bridge too far, as it considered a non-antagonistic relationship with that neighboring country as absolutely essential to its own security. The Obama administration breezily skipped over this red line by supporting an anti-Russian putsch in Kiev. And it has responded to Putin’s power politics counter-moves (and imagined counter-moves) by waging a vilification campaign and a sanction war against Russia.

What’s even more insane is that Washington is enraging the Russian people themselves by supporting the massacre, through indiscriminate shelling and neo-Nazi storm trooper blitzes, of their fellow Russian-speakers in the Donbass, right on their border. This is extremely dangerous, because, in the final analysis, the Russian state, along with its mountain of H-bombs, depends on the Russian people themselves. If Washington forces Putin to compromise too much, he may lose public support and power, and whatever militant nationalist takes his place may make us long for the days of Putin. After all, Kennan warned us that NATO expansion,

“…may be expected to inflame the nationalistic, anti-Western and militaristic tendencies in Russian opinion; to have an adverse effect on the development of Russian democracy; to restore the atmosphere of the cold war to East-West relations, and to impel Russian foreign policy in directions decidedly not to our liking.”

Our “security force” in Washington is willing to vehemently antagonize an overkill-capable nuclear power, and risk the lives of all of our families, over whether a particular junta rules a particular river basin on the other side of the world. Just think about that.

Public war-weariness, expressed through voting booths, seems to do little to abate the state’s drive to create more enemies for us. War-weariness is what enabled Obama, the Hope and Change “peace” candidate, to beat the hawks Hillary Clinton and John McCain in the 2008 Presidential Election. In spite of his mandate for a more sane foreign policy, his European foreign policy somehow ended up in the hands of Victoria Nuland, a crazed neocon who dragged us into the present conflict with Russia. And Clinton herself ended up heading his Department of State, where she led the disastrous regime change policies in Libya and Syria, both of which contributed heavily to the present chaos in the Middle East and North Africa.

The imperial deep state will always manage to get its way, no matter what we do at the polls. There is no Hope for Change through “antiwar” candidates and legislation. Washington will continue to draw fire toward you and your family so long as you are associated with it, even if only through the bonds of subjection. We will only be reasonably safe from terrorism and nuclear annihilation when we disentangle ourselves from Our Enemy-Maker, the State.

17 thoughts on “Our Enemy-Maker, the State”