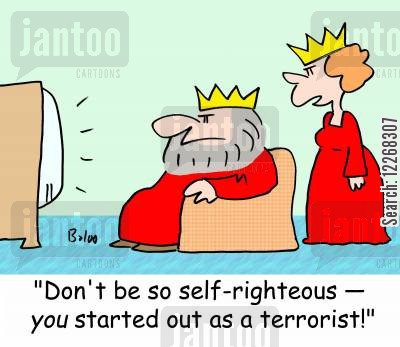 From the earliest states to the Islamic State

There has been some controversy over whether ISIS, or the Islamic State, is truly a state. Even according to the standard definition of “territorial monopoly of force” (which I think is too restrictive anyway), it would be difficult at this point to justify not calling it a state, if something of a ragtag one.

And its rise as a state in the crucible of war in Iraq and Syria is a fairly typical one. For just as, in the words of Randolph Bourne, “war is the health of the state,” war is also the birth of the state.

This is not only true of states born amid already state-dominated societies, but also of the emergence of primordial states. This was exhaustively detailed by the great sociologist Franz Oppenheimer in his classic work The State (1908). He explained how land states in the Old World virtually always emerged out of war and conquest: specifically the conquest of nomadic herdsmen over settled peasants. The conquerors graduate from shortsighted wanton ravaging to prudentially-curbed extraction. They then evolve from alien tribute demanders to domestic tax collectors, and become progressively entangled with their subjects as a ruling class.

The great classical liberal philosopher Herbert Spencer also pointed to war as the crucible of the primitive state. In his The Man Versus the State (1884), he wrote:

“Be it or be it not true that Man is shapen in iniquity and conceived in sin, it is unquestionably true that Government is begotten of aggression and by aggression.”

“In small undeveloped societies where for ages complete peace has continued, there exists nothing like what we call Government: no coercive agency, but mere honorary headship, if any headship at all. In these exceptional communities, unaggressive and from special causes unaggressed upon, there is so little deviation from the virtues of truthfulness, honesty, justice, and generosity, that nothing beyond an occasional expression of public opinion by informally-assembled elders is needful. Conversely, we find proofs that, at first recognized but temporarily during leadership in war, the authority of a chief is permanently established by continuity of war; and grows strong where successful war ends in subjection of neighbouring tribes.”

Spencer went on to explain how war not only gives birth to the state, but sustains and strengthens it, pre-echoing Bourne’s insight that war is the health of the state.

“And thence onwards, examples furnished by all races put beyond doubt the truth, that the coercive power of the chief, developing into king, and king of kings (a frequent title in the ancient East), becomes great in proportion as conquest becomes habitual and the union of subdued nations extensive. Comparisons disclose a further truth which should be ever present to us—the truth that the aggressiveness of the ruling power inside a society increases with its aggressiveness outside the society. As, to make an efficient army, the soldiers must be subordinate to their commander; so, to make an efficient fighting community, must the citizens be subordinate to their government. They must furnish recruits to the extent demanded, and yield up whatever property is required.”

This explains the rise of ISIS in its original incarnation as Al Qaeda in Iraq during the US occupation of Iraq, and its second rise during the US-fomented civil war in Syria.

Buttressed by war, ISIS has since graduated to conquest, as insurgencies often do, and its campaigns of conquest have strengthened its extractive grip over its subjects just as Oppenheimer and Spencer would have expected. As CNN reported in October:

‘There are reports that people in Mosul (Iraq) who want to take money out of their own bank accounts need to make a ‘voluntary’—not so voluntary—donation to the Islamic State, to ISIS,’ [terrorism expert Matthew] Levitt says. ‘So controlling territory has given them opportunities that other groups like al Qaeda, who haven’t controlled real territory, haven’t had.'”

Amusingly, Levitt sees these “not so voluntary” taxes as indication of the singularly criminal and marauding nature of ISIS.

“The group, says Levitt, was born among crooks and thugs from a broken Iraq, and at its root it is a criminal enterprise.

‘We shouldn’t be surprised,’ says Levitt. ‘Remember, the Islamic State called ISIS is what used to be called the Islamic State of Iraq, and al Qaeda in Iraq, the Tawhid Network, the Zarqawi Network; it’s all the same. And they were always primarily financed through domestic criminal activity within the borders of Iraq.’

Levitt says ISIS operates as a massive organized crime group with virtually no law enforcement to rein it in—and its long history has allowed it to set roots and develop over many years. (…)

‘It is the centuries-honored tradition of conquest and control: What you take is what you have.'”

This handwringing over ISIS’s extortion, tyranny, and conquest is a bit rich coming from Levitt, who has worked for the U.S. Treasury, the FBI, and a warmongering Washington think tank. As former Air Force pilot and current Rothbardian antiwar writer Jessica Pavoni pointed out, Levitt is oblivious to the fact that every state is essentially, as Murray Rothbard put it, “a bandit gang writ large.” ISIS has simply grown out of its “writ small” youth. And of course it also escapes Levitt that, as Oppenheimer and Spencer taught, all states ultimately stem from and thrive on war and conquest.

Dan Sanchez directs the Mises Academy at the Mises Institute.

10 thoughts on “War is the Birth of the State”