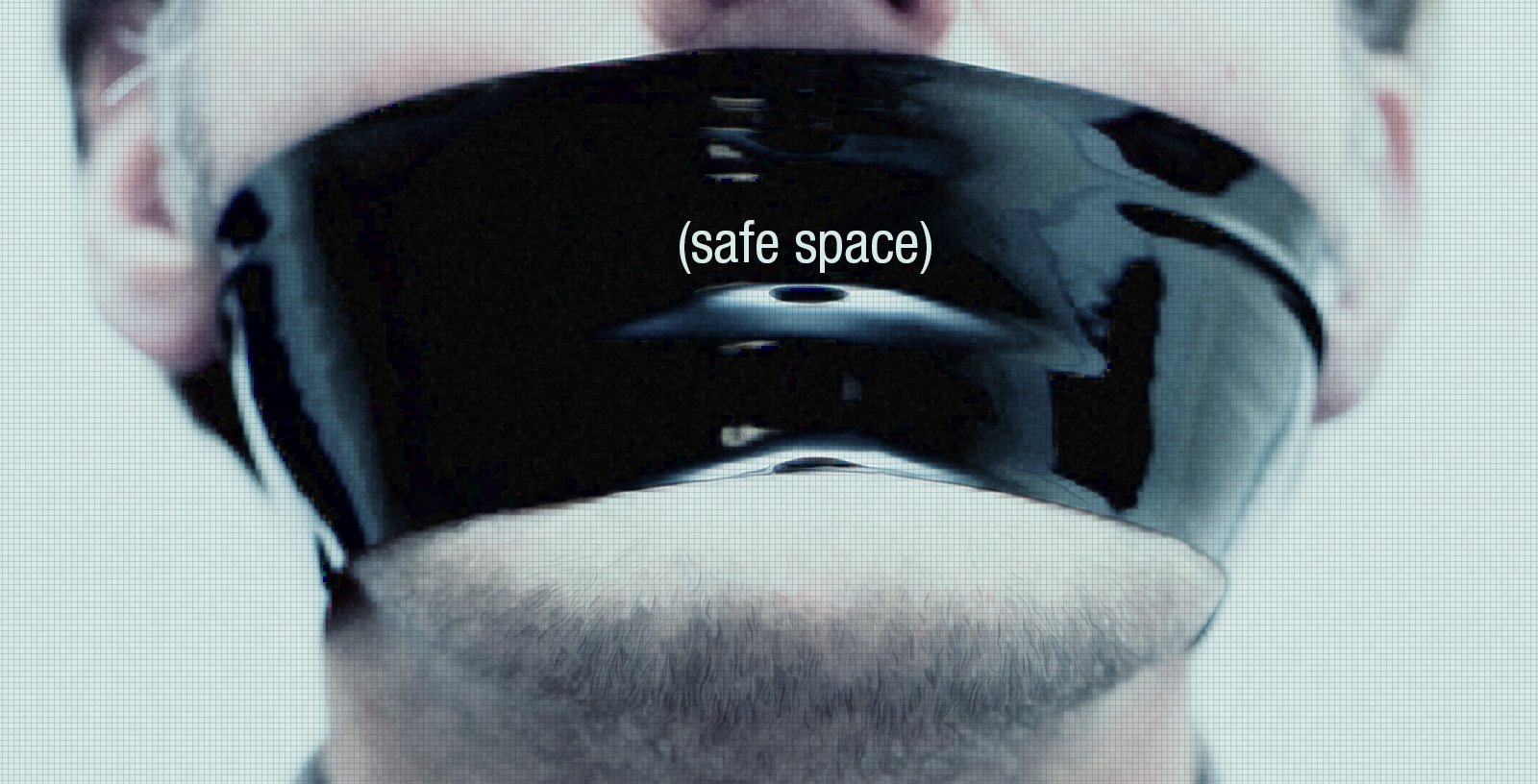 Social justice protests have been roiling American universities, even causing administrative heads to roll. To a significant degree, these campus uprisings have been characterized by an impulse to restrict speech and expression for the sake of creating “safe spaces” for marginalized groups. However, speech restriction is a double-edged sword that can just as easily injure the very people campus activists seek to help.

The turmoil at the University of Missouri (Mizzou) in particular was sparked by racial incidents. And the protesters are closely aligned with the Black Lives Matter movement, which combats police brutality against black Americans. However, cops themselves have recently sought to restrict speech and expression in order to insulate that very brutality from criticism.

“The NYPD has now added its name to the roster of Officially Protected Victims by filing ‘hate crimes’ charges against 36-year-old Rosella Best, who had tagged police vehicles and a public school with anti-NYPD graffiti. Among the entirely defensible sentiments inscribed by Best are ‘NYPD pick on the harmless,’ ‘NYPD pick on the innocent,’ and?—?in a display of familiar but increasingly justified hyperbole?—?‘NAZIS=NYPD.’ (Assuming that Ms. Best used only ‘public’ property as her canvas, it’s difficult to identify an actual victim in this case.)”

And earlier this year, the Fraternal Order of Police demanded that Congress extend such special protection to the federal level.

Many critics of the police have been arrested and charged over Facebook posts. Matthew Townsend of Meridien, Idaho was prosecuted as a felon for a Facebook post warning of a “non-violent and legal shame campaign,” which was treated by the authorities as a “terroristic threat.” Thomas Smith of Arena, Wisconsin was arrested and charged with “unlawful use of a computerized communication system” for throwing nothing more than F-bombs and accusations racism at local cops on Facebook. And there was a whole wave of arrests last year over fierce anti-cop online rhetoric following the police killings of Michael Brown and Eric Garner and subsequent murders of police officers.

In addition to arrests and prosecutions, cops have been orchestrating campaigns to have their social media critics shunned and fired. See the cases of restaurant workers Ashley Warden and Shawn Peterson.

High profile cops fromWisconsin to Georgia have characterized Black Lives Matter as a “hate group,” and called for a crackdown on its “incitement.”

Police (including the U.S. top cop, FBI Director James Comey) are also blaming the increase in violent crime in some cities on “the YouTube effect,” claiming officers are holding back from “proactive” (aggressive) policing for fear of having recordings of their violence go viral.

Thus, ostensibly for the sake of “officer safety” (the blue brotherhood’s version of “safe space”), legislation has been proposed to make it a crime for ordinary people to point cameras at cops.

Given these assaults by cops on the rights of individuals to combat police brutality through speech and the use of media, it is deeply troubling that allies of Black Lives Matter at Mizzou should have reacted to journalists trying to photograph their rally with threats of violence, and even police violence.

While a crowd of protesters was physically forcing student photographer Tim Tai out of a public space on campus, one of the activists warned him, “They can call the police on you.”

After Tai was driven away, the journalist who video recorded the incident remained. Faculty member Melissa Click demanded that he leave, too. When the journalist refused, Click tried to enlist fellow activists to physically remove him, saying:

“Who wants to help me get this reporter out of here? I need some muscle over here!”

This was a “progressive” assistant professor of mass media calling for “muscle” to be deployed against a journalist in a public space!

In addition to Black Lives Matter, the Palestine solidarity movement is yet another just cause championed by the campus left that is imperiled by threats to speech. Moreover, these threats are emerging on university campuses and are being justified on “social justice” grounds. Like the cops, defenders of the Israeli occupation of Palestine are seeking to restrict speech on an “anti-hate” basis in order to insulate the occupation’s brutality and atrocities from criticism. As Nora Barrows-Friedman recently reported:

“A member of the University of California’s governing body has called for the expulsion or suspension of students for expressing their views about Israel, under the guise of combating anti-Jewish bigotry.

“This comes as Israel lobby groups, flush with huge new injections of cash, are stepping up their efforts to silence the Palestine solidarity movement on campuses nationwide.

“During a 17 September meeting of the University of California (UC) Regents to discuss a ‘statement of principles against intolerance,’ Richard Blum also threatened to have his wife, US Senator Dianne Feinstein, publicly criticize the university if it did not enforce penalties against perceived bigotry.

“Feinstein’s criticism could put the university system under federal scrutiny.

“Another regent, Hadi Makarechian, agreed, according to The San Francisco Chronicle, saying that without punishment, ‘we’re just stating a lot of stuff on paper.’

“Blum and other regents, backed by Israel lobby groups, are pushing the university to adopt policies that free speech advocates warn could violate the First Amendment.

“The Board of Regents had been due to vote on whether to adopt the US State Department’s definition of anti-Semitism as university policy at its meeting in July.

“That definition is based on a ‘working definition’ of anti-Semitism once considered by a European Union body but later dropped.

Just as the cops are blaming Black Lives Matter and viral videos for “inciting” violence against police, the hard-right Israeli government and its champions throughout the world have similarly been accusing the Boycott, Divestment and Sanctions (BDS) movement, and the online dissemination of documented Israeli brutality, of being “incitement” for terrorism against Israel. They are pushing to have such “incitement” restricted.

And they are succeeding. In October, France’s highest court ruled that advocacy of BDS is illegal “incitement” and “hate speech.” And as Glenn Greenwald wrote in The Intercept :

“In May, CBC reported that Canadian officials threatened to prosecute BDS activists there under ‘hate speech’ laws, and after those officials denied doing so, we obtained and published the emails proving they did just that. The February Haaretz article described this troubling event in the U.K.: ‘In 2007, the British University and College Union said it would drop plans to boycott Israeli institutions after legal advisers said doing so would violate anti-discrimination laws.’ In 2013, New York City officials joined an (ultimately failed) Alan Dershowitz-led campaign to threaten the funding of Brooklyn College for the crime of hosting pro-BDS speakers.”

Many campus activists have lashed out in frustration at “free speech purism,” which they regard as misplaced in the context of institutionalized oppression. But it is extremely short-sighted to sacrifice universal principle on the altar of identity politics for the sake of marginalized groups.

Once you accept the infringement of universal rights as an acceptable political weapon, it will be wielded more effectively by oppressors against the oppressed (cops against blacks, Israeli occupiers against Palestinians, etc.), and not the other way around. Authoritarian restriction is a game much better suited for the mighty than for the marginalized.

If you replace the power of principle with the principle of power, it is the relatively powerless who will get the worst of it.

This article (Why Only Free Speech Gives Safe Space to the Oppressed ) is free and open source. You have permission to republish this article under a Creative Commons license with attribution to Dan Sanchez and theAntiMedia.org.

Also published at The Anti-Media and DanSanchez.me.