“Dataminr uses public Tweets to sell breaking news alerts to media organizations, corporations and government agencies,” a spokesman for Twitter said in a statement. “We have never authorized Dataminr or any third party to sell data to a government or intelligence agency for surveillance purposes. This is a longstanding policy, not a new development.”

There are multiple issues worth unpacking here.

But questions about the actual impact of Twitter’s statements aside, the worst thing about all this is that Americans are now fully dependent on corporate good deeds for the protection of their privacy. Yes, yes, we all “choose” to use social media, as we choose to use smartphones and have bank accounts and fly to Chicago. But c’mon, absent moving off the grid next to the Unabomber’s old cabin, how realistic is it for surveillance zealots to keep hiding behind the choice argument?

And for those familiar with the actual definition of fascism, collusion between the state and corporate interests, welcome to your latest piece of evidence. We have only has much privacy as Twitter and the government agree we may have. 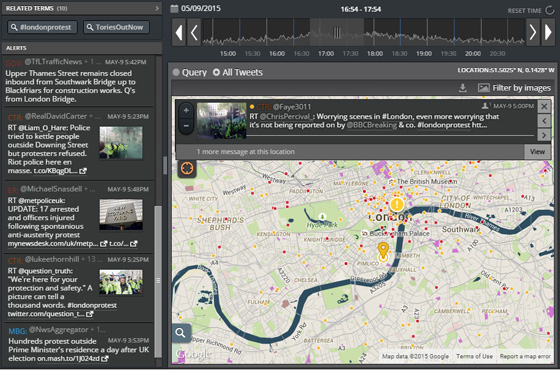