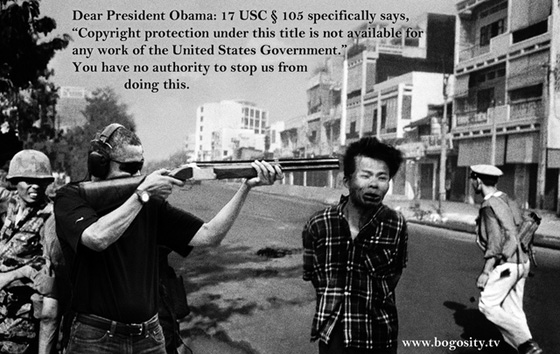 What other nation on earth would signal its intent to “bury the hatchet, and what it believes to be the start of a new relationship, other than the United States, by lifting an arms embargo?

The United States is rescinding a decades-old ban on sales of lethal military equipment to Vietnam, President Obama announced at a news conference in Hanoi on Monday, ending what the New York Timescalled “one of the last legal vestiges of the Vietnam War.”

“The decision to lift the ban was not based on China or any other considerations,” Obama said. “It was based on our desire to complete what has been a lengthy process of moving toward normalization with Vietnam.”

So, to sum up: the sale of weapons is a sign of normalization. Appropriate, in that that is what is normal in America’s foreign relations in the 21st century. Not whether a nation is an ally or adversary per se, but whether they are a customer for our defense industry. For example, Saudi Arabia. Sure, they fund Sunni terrorism globally and played a role in the horrible events of 9/11, but they are also one of America’s most prolific buyers of weapons, and so are courted.

As for the arms ban being “one of the last legal vestiges of the Vietnam War,” one does wonder what the Vietnamese might have say about that.

Started under false pretenses and brutally fought for unclear purposes, America’s war on Vietnam took a terrible toll. No one really knows, but estimates of the death count on the Vietnamese side run from half a million to a million and half. That is before you include the untold numbers who continue to die or suffer birth defects due to the prolific use of defoliants like Agent Orange. While the American deaths in the war were “voluntary” in the sense that America started the war and pointlessly continued it for years, the Vietnamese had no choice.

To now say that bygones are bygones, and seal the deal with the export of American weapons into Vietnam, seems a new low in cynicism by a fading American Empire.

One thought on “Obama in Hanoi: Vietnam Arms Embargo To Be Fully Lifted”