Here’s an excerpt from a new book, Hopeless but Optimistic: Journeying through America’s Endless War in Afghanistan, by Douglas Wissing. The passage deals with the unnecessary death of State Department diplomat Anne Smedinghoff at age 25. Anne gave her life for a needless PR stunt as part of America’s failed reconstruction project in Afghanistan. It could have been any of us.

Anne Smedinghoff is a rising 25-year-old diplomat, an assistant information officer in the Kabul embassy. She’s my minder, assigned to escort me to an interview with a Justice Department official who is heading up the Afghan Threat Finance Cell (ATFC) that is charged with finding and disrupting sources of Taliban funding.

In many ways, Smedinghoff is representative of many young American women working in Afghanistan, where they can combine adventure with a career-enhancing posting and hefty paychecks plumped with danger pay. As we walk to the meeting room, Smedinghoff quizzes me about life outside the embassy compound, as the staff is trapped inside.

When I mention some of the Kabul restaurants, she tells me the State Department banned dining at most places outside the embassy. She longs for a good pizza. I ask about her path from her home in the Chicago suburbs to this Kabul powder keg. Catholic high school, Johns Hopkins international studies, then the State Department. An interesting post in Venezuela. Then on to Afghanistan. Anne Smedinghoff is lively, bright, educated and funny; poised and gracious in a natural way. Brimming with youthful vitality, accomplishments and promise, she is the daughter any parent would be proud to have.

We talk about my embeds in Zabul and Helmand, and she tells me in Venezuela she could explore the hinterlands when not working. But here in Afghanistan, she’s penned up like most foreign service officers. She tells me she wants to “break the wire” in the worst way. “On a good day, this is a like a small liberal arts college,” she laughs. “On a bad day it’s like a maximum security prison.”

Smedinghoff’s career continued to go well after I left Kabul. She was a comer. Her colleagues started calling her Ambassador Anne. When Secretary of State John Kerry arrived in Kabul in late March for an official visit, the embassy assigned Smedinghoff the plum job of escorting him. She was his control officer. As with other people, she made an impression on her big boss.

Anne Smedinghoff did eventually get to break the wire – and in the worst way.

A few weeks after the successful Kerry visit, she escorted a group of Afghan journalists on a media day down to Qalat City, the capital of Zabul, the Taliban-controlled province that so interested her when we met. It was one of those winning-hearts-and-minds missions, in this case to distribute school books that the US corporation, Scholastic, Inc., had donated to My Afghan Library, an aid program jointly run by the State Department and the Afghan Ministry of Education. Scholastic, Inc. wanted some good press for their donation.

An email from the embassy public relations office stated, “Scholastic would like to see more media reporting.” So the mission was a WHAM photo op to get some press for an American corporation, while pretending Zabul was secure and still receiving U.S. aid. “A media extravaganza,” a military briefing called it. “Happy snaps,” the security grunts derisively termed these PR events that they hated to guard.

In my experience there, Qalat City was a wild and wooly ambush-prone place, where the military units took extraordinary security precautions before venturing from the tightly guarded US compounds. To travel two miles across Qalat City, we had to drive in a convoy of five armored MRAPs accompanied by a heavily armed security platoon.

So I was stunned to later learn that Anne Smedinghoff and a group of journalists were walking around Qalat City – lost. That seemed insane. Taliban suicide bombers detonated their explosives near them, killing her and four other Americans, including three soldiers and an interpreter. Other Americans were grievously wounded. It was an egregious breakdown in operational security. An Army report stated the mission “was plagued by poor planning that failed at all levels.” And it was a great loss.

I exchanged emails of condolences with the embassy public relations officer, who was a great friend of hers. I saw heart-wrenching tributes to Anne Smedinghoff posted on-line. Secretary Kerry eulogized Anne Smedinghoff, praising her idealistic commitment to “changing people’s lives.” He noted the “extraordinary harsh contradiction” of her being killed while carrying books to a school. He described the Zabul media event was “a confrontation with modernity,” and said Smedinghoff embodied “everything that our country stands for.” It did little to salve my dismay that yet another promising American had been lost for such a dubious, failed cause. I thought of the remarks Kerry made on Capitol Hill in 1971, when he was a young, anti-war Vietnam vet. 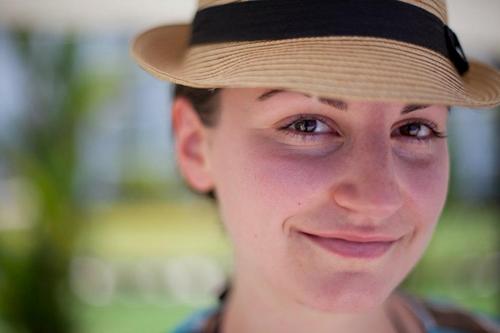