"War Is the Health of the State" 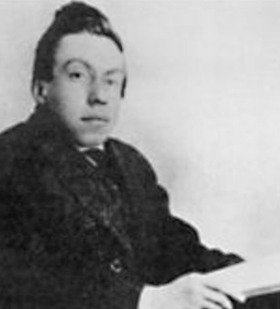 Today (May 30), as we mark Randolph Bourne’s 131st birthday, it seems an especially appropriate time to step back from the noisy distractions of the ongoing public debate over American foreign policy and reflect quietly for a few moments on the larger picture. For what larger picture do we see when we contemplate war, peace, and the institution of coercive government – the State – and what we have learned over the past century about their myriad interconnections and interrelations?

I think we see the same thing one of America’s most remarkable public intellectuals, Randolph Bourne, saw when he looked at the involvement of the American State in World War I nearly a hundred years ago. We see that, as Bourne famously put it in his last and greatest essay, "war is the health of the State." It is this insight, that the condition of war, in addition to the death, injury, and destruction it brings with it by its very nature, also builds up the warmakers – the States that fight the wars – leaving the victorious ones, at least (and not infrequently even the losers), larger and more powerful in their dealings with their home populations, so that they are better positioned not only to fight yet another war but also to hire more effective warmongers to sell it for them. It is this insight of Bourne’s that inspires our work here at AntiWar.com, as it is after Bourne that our parent organization, the Randolph Bourne Institute, is named. On this day, Randolph Bourne’s 130th birthday, please join me in honoring his timeless insight by supporting AntiWar.com as generously as you can (matching funds are still in effect).

2 thoughts on “On Randolph Bourne’s Birthday”