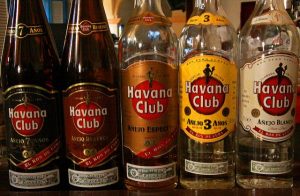 It was easier for me to pass through Cuban customs and immigration than it was for me to come home to the U.S. “Be sure to try our rum while you’re here!” said the Cuban official. “You’ll need to pay duty on that rum,” grumped the American official a week later, after the retinal scan, facial recognition scan, photo, passport inspection, agricultural questioning, and bag check that allowed me home.

The rum is in a way what a trip to Cuba for an American is really all about. Rum, and el bloqueo.

It becomes the first Spanish word you learn after the glasses are filled: El bloqueo, the blockade, the economic and political embargo. Some 60 years ago the United States slapped a near-complete economic embargo on Cuba, a Cold War spasm that lives on long after the struggle it may have served ended. It accomplished little of substance in Cuba except perhaps to impoverish some while fostering blackmarkets and corruption that enriched others. And like that other imperial boil, Guantanamo, the embargo sits atop Cuba as a symbolic wet blanket of American foreign policy, maintained by presidents Democratic and Republican alike.

The embargo is also why you can’t buy Cuban rum in America.

“Sit down, have something to drink, rum for my friend, you’re American, I must ask you a question” is how a dozen encounters with Cubans from different walks of life began. Educated or not, old or young, they all asked: why does the United States maintain the embargo? Fidel Castro is dead. His successor, his brother Raul, soon will be. The Soviet Union is no more. The excesses of the Cold War, when Cuba sought to export its revolution, are now just adventure stories old men misremember to their bored grandsons.

The embargo started in earnest back in 1962, and grew to include almost all commerce between the United States and Cuba, snaring famously that Cuban rum (and cigars. Then-president John F. Kennedy loved his Cuban cigars so much he had an aide buy out existing stocks in Washington DC before he initialed the embargo paperwork.)

The stated purpose of the embargo is to pressure the Cuban government toward “democratization and greater respect for human rights.” The result was that American businesses could not invest or operate in Cuba. Cubans could not sell their agricultural products in the United States. The embargo preserved those wonderful classic American cars you see in any documentary about Cuba, frozen in time as new vehicles could be imported. The Russians slid into place as Cuba’s economic godfather, followed by the Special Period, those years of particularly acute suffering after the collapse of the Soviet Union. There was a limited loosening of the embargo as it applied to tourists under the Obama administration (and a titular change of the American Interests Section in Havana into the American Embassy in Havana; “unofficial” diplomacy never really ceased) followed by a planned re-tightening of tourist travel by President Trump.

“My whole life all I know is the Americans don’t come,” said one Cuban doctor to me. “The Russians came. Canadian tourists we have everywhere, some Chinese. Fidel brought over many visitors from Africa. But no one from the United States. It’s only about 90 miles that way, you know.” We clinked glasses. Forget your mojitos; rum this good is drunk neat. Sitting there, it seems simple enough.

I tried in every rum-fueled encounter to explain why the United States might want to keep the embargo in place. How of all the things they did not agree on, why did presidents from Kennedy through Carter through Trump all support the embargo? Don’t the Cuban people want freedom I asked? Yes, of course, but the embargo doesn’t seem to have had much effect on that and it’s been a lifetime, said most. How is the president prohibiting the import of spare car parts promoting democracy in Cuba anyway?

Well, I tried to explain as the rum warmed me a bit too much, since Cuba is a socialist economy, lifting the embargo will benefit the government, which owns everything. As one person put it, for decades the US made life harder on eleven million people to try and influence two, Fidel and his brother. My older Cuban drinking pals wondered if I was stupid enough to believe Cuba was still smitten with the revolutionary hallucinations of the 1960s, or was I simply blind to the fact that independent commerce was everywhere in Cuba and only likely to grow further if the doors were fully opened. Cuba was already an inverted pyramid of an economy, with some already rich off the proceeds from small independently owned restaurants, and taxi drivers making dozens of times what doctors do. The new One Percent of Cuba, I was told, were those who have figured out how to get their homes on AirBnB to rent out to foreigners. End the embargo, Cubans said, let us grow, and we’ll sort out the rest for ourselves.

Cuban coffee is as good as its rum, and helps you clear your head after a long night out. What is left among the empty glasses is the sad truth that the embargo still exists because it is popular among Cuban-Americans in the United States and American candidates courting this voter pool know it. At least for now; polls show the more recently a Cuban-American voter came to the United States and the younger they are, the more liberal their attitudes toward easing the embargo. At some point the balance may tip, and American politicians will no longer need to support the embargo to win votes. Demographics in south Florida will end the last relic of the Cold War in the western hemisphere.

The critical element of American foreign policy towards the Caribbean’s largest nation is based mostly on the favor of a shrinking pool of aging voters. And that’s where I gave up. It turns out I can’t drink enough rum, even in Cuba, for the embargo to make real sense. The embargo won’t be the cause, but someday if Cuba ever does achieve a different form of government, the people will have a lot to learn under democracy about how undemocratic such systems can be.

Peter Van Buren blew the whistle on State Department waste and mismanagement during Iraqi reconstruction in his first book, We Meant Well: How I Helped Lose the Battle for the Hearts and Minds of the Iraqi People. His latest book is Hooper’s War: A Novel of WWII Japan. Reprinted from the his blog with permission.

3 thoughts on “Peter Van Buren: Drinking Rum Until I Understand the Cuban Embargo”