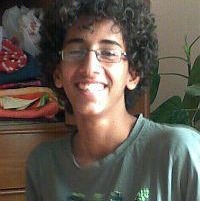 Here’s riff I did on Obama’s assassination program in 2013:

The Obama administration yesterday leaked out its confidential legal paper on killing Americans to NBC News. Obama’s legal wizards decided that the Fifth Amendment’s pledge that no citizen shall “be deprived of life, liberty, or property, without due process of law” is invalid in cases of imminent attack by terrorists.

Though this might sound reasonable, the memo proceeds to craft a totally bogus notion of “imminent.” But, as John Glaser noted at Antiwar.com, “The memo refers to what it calls a “broader concept of imminence” than what has traditionally been required, like actual intelligence an ongoing plot against the US. ‘The condition that an operational leader present an ‘imminent’ threat of violent attack against the United States does not require the United States to have clear evidence that a specific attack on U.S. persons and interests will take place in the immediate future,’ the memo states, contradicting conventional international law.”

In a January 2017 USA Today piece, I urged Trump to open the files on Obama’s killings:

Administration lawyers defeated lawsuits by the ACLU, The New York Times, and others seeking disclosure of key legal papers on how the president became judge, jury and executioner. A Trump administration could disclose the memos and white papers without endangering anything other than the reputation of the soon-to-be former president and his policymakers.

Didn’t happen. The Trump administration could have exposed vast numbers of abuses by the Obama administration the same way that Obama (partially) opened the files on some of President George W. Bush’s torture policy and other atrocities. But as usual, the Trump team blew the opportunity.

As a result, Obama can pirouette as a champion of civil liberties while the horrendous precedents he set continue to endanger Americans and anyone else in the world in the vicinity of people suspected of bad thoughts by the US government.

Hat tip to Dan Alban, an Institute of Justice lawyer who has scourged the Justice Department, IRS, and plenty of other government agencies.

This article was originally featured at Jim Bovard’s Blog and is republished with permission.

Jim Bovard is the author of Public Policy Hooligan (2012), Attention Deficit Democracy (2006), Lost Rights: The Destruction of American Liberty (1994), and 7 other books. He is a member of the USA Today Board of Contributors and has also written for the New York Times, Wall Street Journal, Playboy, Washington Post, and other publications. His articles have been publicly denounced by the chief of the FBI, the Postmaster General, the Secretary of HUD, and the heads of the DEA, FEMA, and EEOC and numerous federal agencies.

11 thoughts on “10th Anniversary of Obama Killing a Young American”